Two hundred alumni and guests from the Business, Honors, Real Estate and Law alumni chapters gathered at the beautiful new Texas de Brazil on Miami Beach on January 24, 2008, for part two of a multi-part series on the “Art of Networking.”  Senior students from the College of Business Administration’s student organizations also were invited to the function to test their networking skills.

Guest speaker David Suarez (MBA ’04) of Interactive Training Solutions helped those attending develop their two-minute elevator pitches and elaborated on important practical tips for them to use when networking.

“The event was exceptional,” said Duane Wiles, assistant executive director, Office of Alumni Relations. “It was great to see the alumni chapters network with one another, and the university’s Alumni Association looks forward to supporting the next business school’s next “Art of Networking” event.”

The “Art of Networking” series is presented by Progressive.  The Business Alumni Chapter would like to thank Texas de Brazil for hosting the event and the Honors, Law and Real Estate Chapters and BP Media Partners for making it a huge success. View the Art of Networking pictures.

Be sure not to miss the next “Art of Networking” event featuring guest speaker Howard Shore (BBA ’91) of Activate Group, Inc., on April 17, 2008. The location will be announced later. 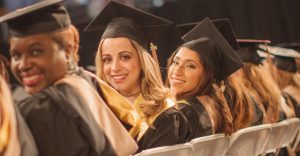