When the job market gets tough, the tough get going—back to school.

With Florida’s unemployment rate the highest since Gerald Ford was president in the mid 1970s, thousands of state residents are going back to school. 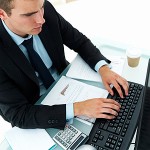 Take Barbara Ferreira as an example. After being laid off as an accounting manager — and realizing that accounting jobs are scarce as hen’s teeth—she decided to go to nursing school. She finished her prerequisite classes last week and starts her first nursing class at Miami Dade College on Jan. 5.

She’s hoping to get into a program whereby South Florida Workforce, the state-sponsored employment agency, will pay for her classes, and a job at the University of Miami Hospital should be waiting for her when she graduates in 15 to 18 months.

“There are a lot of people in that position, either because they were let go or their position is kind of tanking,“ said Luis Casas, spokesman for Florida International University’s business school. Some people use the opportunity to go back and get an MBA, he said: “This is a trigger to say, ‘Maybe right now is the right time to do this.’“

Read: “Florida’s job market got ice cold during the recession,“ an article from the MiamiHerald.com.