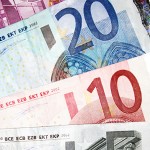 Total trade – the value of exports plus imports – fell to $79.15 billion in the Miami customs district from $90.25 billion in 2008, according to WorldCity, the Coral Gables-based media company that compiles trade statistics. The district includes all airports and seaports from Palm Beach County to the Florida Keys.

Exports fell 9.8 percent after hitting a record high in 2008, the result of a weak U.S. dollar. Imports dropped 16.1 percent for the year.

“We are slowly crawling out from under and we’re moving back to equilibrium,” Jerry Haar, professor of management and international business at Florida International University, told the Business Journal last month. “Once you hit bottom, there’s nowhere to go but up.”