A new $1.5 billion initiative aims to help homeowners threatened with foreclosure as the numbers show improvement.

The government threw a $1.5 billion lifeline to unemployed and underwater homeowners on Friday, amid a new report suggesting the nation’s foreclosure crisis may be easing. 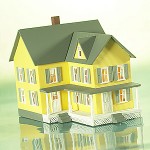 Under the initiative, Florida and four other states that have seen home prices fall by at least 20 percent since their peak will be eligible to apply for the funds.

The exact amount due the state, and the guidelines for the initiative, will be available in two weeks, the Obama administration said.

With needs so great, it’s unclear what can or will be accomplished with the new funding, said William Hardin, a professor of real estate at Florida International University. “It sounds like a lot of money, but relative to the problem we have, it’s just a drop in the bucket,” he said. “My initial impression is that [Obama] is just pandering to voters.”

Read: “U.S. tries to keep struggling owners in homes,“ an article from the MiamiHerald.com.