The Federal Reserve Board released the March number for the Industrial Production Index. The result was an increase in the total index of .10%. The Industrial Production Index acts as a measure of output. It takes data from mining, manufacturing, electric utilities and gas utilities. Values are updated monthly.  The manufacturing component, which includes plants, factories, mills and other businesses that process materials, saw a .09% rise in output in March. 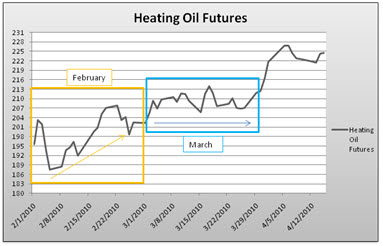 The mining segment, which takes data from companies that mine for coal, metals, non-metallic mineral along with companies that extract oil, saw a 2.3% rise in output.  The electric and gas utilities component, whose data is taken from electric and gas companies who specialize in electric power, natural gas, steam supply, water supply sewage removal and natural gas distribution, saw a decrease of 6.4% in output. The Federal Reserve Board attributed the decrease in the electric and gas utilities division to a decrease in demand for heating:  “After a relatively cold February, demand for heating fell in March as temperatures climbed to above-normal levels.” 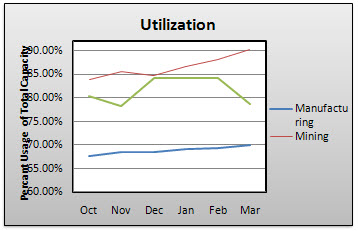 CPI: On Wednesday Consumer Price Index was released by the Bureau of Labor Statistics and came out relatively flat with an index level of 217.63 versus the estimated 217.71. It measures the change in the price of a basket of goods as a measure of inflation.

Retail Sales: Also on Wednesday, the Census Bureau released the retail sales number, which is used by economists to determine consumer spending in the US. For the month of March, retail sales levels rose over 100 basis points in comparison to last year’s numbers. Analysts expected a 1.2% gain month over month versus the actual data of 1.6%.

Jobless Claims: On Thursday unemployment claims for the past week were 484k versus the expected 440k, and still more than the same period a year ago (460k).

As economic data was mixed this week, the market had a lot to digest. Along with mixed economic data, this past week included important corporate earnings results, volatile commodity prices from sugar to natural gas, and continued Greece issues which created extreme swings in the currency market. Nonetheless, the S&P 500 ended with a positive week, gaining over 1.2% by Thursday afternoon. This led the market over levels that haven’t been seen since September of 2008. Although many analysts believe the recent increase is indicative of an overpriced market, it may be hard to slow it down with many retail investors trying to jump on the trend they may have missed. 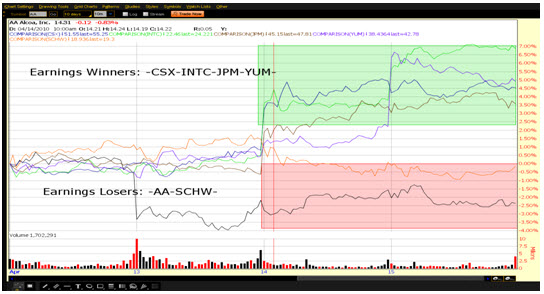