According to a recent article in Interfaces, the College of Business Administration has an outstanding record in practical applications of operations research and finds itself in impressive company.

An editorial titled “The Eighth Rothkopf Rankings of Universities’ Contributions to the INFORMS Practice Literature,” by Ronald D. Fricker Jr., a member of the Operations Research Department at the Naval Postgraduate School, logs articles on two measures. 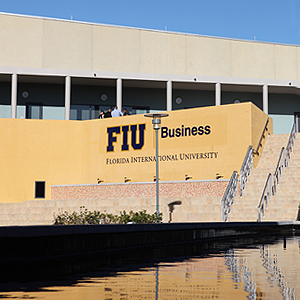 The article explains that the visibility “score is the total number of citations for authors who list that university as their primary affiliation in [the high quality] Interfaces and in the OR practice section of Operations Research (ORP), [a premier journal], plus half the number of un-refereed Interfaces columns.”

In addition to this recognition, which appeared in Interfaces, volume 39, number six, in the November-December 2009 issue, the college’s strength in operations has been recognized in two rankings: the Chapman Graduate School was rated among the top 15 business schools in operations surveyed in The Princeton Review’s second annual “Student Opinion Honors for Business Schools,” and in 2009, an online BusinessWeek ranking of specialties, placed the college 9th in operations management.