According to the Federal Reserve’s Beige Book, the economy has continued the path to recovery with “modest growth” across all twelve districts. Consumer spending has increased and it appears that “sales of spring and summer apparel were strong in the Boston, New York, Philadelphia, St. Louis, Kansas City, and Dallas Districts”; however, consumer spending has still “concentrated in necessities as opposed to discretionary big-ticket items.” The fact that consumer spending is still weak in nondiscretionary items indicates that the market was indeed overbought and merited a reversal in April. Strong nondiscretionary spending is a sign of economic health and confidence in economic fundamentals. 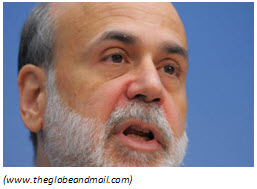 Fed Chairman Ben Bernanke also testified this week to the House Budget Committee concerning looming issues such the budget deficit, liquidity shortages in Europe, and economic volatility. The chairman indicated that a stimulated economy supported by monetary policy has allowed the economy to continue its third quarter of expansion. The Federal Reserve expects “real GDP to grow at 3.5% this year and a faster pace next year.” In addition to this, the Chairman indicated that unemployment will decrease but at a very slow pace.

Congressman Paul Ryan, a ranking member of the House Budget Committee, drew attention to the recent turmoil in Greece and emphasized that “markets will not wait for a country to get their fiscal house in order.” Chairman Bernanke responded that the “ongoing developments in Europe point to the importance of maintaining sound government finances” and a failure to do so “will, over time, sap the nations’ economic vitality, reduce our living standards, and greatly increase the risk of economic and financial instability.” Even though the Beige Book is pointing towards increased economic expansion, high debt ratios and ballooning entitlement spending for health care for retirees threatens long run economic growth. Bernanke pointed out that as emergency government measures begin to phase out, the budget deficit should narrow but, “in the absence of further policy actions, the federal budget appears to be on an unsustainable path.”

BP, in an attempt to redirect internet searches directly to its website related to the oil spill, has went ahead and bought certain search terms including “oil spill” from various providers such as Google, etc. The company defends this action as an attempt to help internet users trying to find facts about the spill to be able to find it easily on their own website, rather than on other sites. Even though the amount paid for these services have not been specified, the company’s repeated aims to improve its image during the crisis with TV ads and the like which amounted to up to $50 million have been widely criticized.

Also, this week, Allscripts-Mysis healthcare Solutions Inc., a U.S. based software company focused on healthcare announced the buyout of its rival company Eclipsys, for a $1.3 billion deal. This would result in the creation of a forerunner in the field of healthcare software that would enable the electronic sharing of patient’s records amongst U.S. doctors and hospitals. It would be an all-share deal and hence, for every share of Eclipsys, the shareholders would receive 1.2 shares of Allscripts, resulting in a 19% premium with respect to the closing price as on Tuesday .In addition, Misys, the U.K. based software company which had 55% stake in the Allscripts stated that it would reduce its holdings to up to 10% and have the returns of around $1 billion to be returned to its investors. 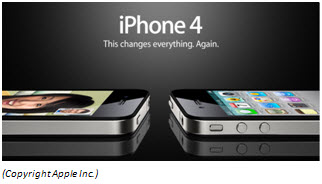 Furthermore, Apple Inc. has announced the release of the latest version of its “iPhone 4®” model this week, which would be available for purchase later on this month. Even though the iPhone® remains to be the holy grail amongst smartphone’s, Apple is constantly evolving its product line, especially the iPhone® series as the smartphone industry gets more competitive with companies such as Google, RIM, HTC, etc coming out with more innovative products every other day. However, Apple has been able to stay ahead of the pack with its stock advancing 20% this year alone and surpassing Microsoft for the first time to have the second-highest market capitalization after Exxon Mobil among U.S. companies.

Moreover, Microsoft Corp. for the first time is planning to raise $1.15 billion of interest-free financing from the sale of its convertible bonds to institutional investors, whose proceeds will be used to repay debt. These senior notes, which will not pay coupons, can be redeemed for shares, cash or a combination of both when it matures by June 2013. It would also involve a capped call transaction in order to prevent the dilution of shares by buying back the stocks in case the price of the shares rises above a specified price level.

Last week we performed a brief analysis on the Dow Jones Industrial Average’s price action (which can be seen here).  At the time we noted the 200 day moving average looming immediately above the closing price on 06/03/2010, which can be seen in the chart below (yellow arrow). Our conclusion was that there was a clear area of support and resistance that the market would be held within until it could successfully break out of in either direction. As of today, Thursday June 6th, the market has yet to pick a direction and is down less than a full percent since last week’s analysis.

It correctly used its defined support and resistance levels pointed out last week; initially selling off the 200 day moving average by about 5.3%, and then rallying off of the red support zone about 4.3%. As for future direction, we reiterate the previous analysis – for the market to be considered bullish it would need to close above its 200 day moving average for at least two trading sessions, and bearish if it closed below its support level around 9700 for two trading sessions.

Nonetheless today’s market action was a strong day for the buyers as the S&P 500 index climbed 2.95% and the Russell 2000 3.48%. With price support giving the index high demand, along with earnings reports and economic data, there seemed to be no stopping the market rise this Thursday. Shares of Del Monte (DLM) rose 6.68% for the day on good earnings, along with a jump in BP’s share prices which rose 12.26% for the day on the possibility that liabilities have been “priced in” to the company’s shares.

Taxes and the Recession

With rumors spreading about the United States government raising its own corporate tax rate, it might be wise to look at the effects of “anti-business” policies on a modern industrial economy.  Japan is probably one of the most notable examples. Since the crash of the Nikkei in the 1990’s GDP growth has been stagnant.  Instead of taking conventional pro business policies such as slashing the corporate tax rate or reducing spending, Japan throughout the 1990’s kept their interest rates artificially low, raised corporate taxes, and spent billions of dollars in economic stimulus.  The effect of these policies contributed to what is now commonly referred to as Japan’s lost decade.  Japan has still not fully recovered.

If the United States continues to pursue oppressive business policies while other countries deregulate and encourage investment, wealthy and productive people might seek business opportunities elsewhere.