When economists and historians someday try to pinpoint the instant when downtown Miami made its dramatic turnaround from derided inner city to acclaimed driving force for a region, it just might have been 6 p.m. Friday, July 2, 2010. 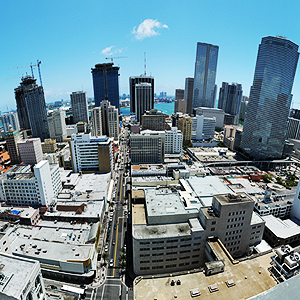 That’s the minute when Macy’s – heir to downtown’s retail heritage – began staying open an extra hour Fridays and Saturdays to serve later customers on streets that until very recently rolled up the sidewalks and rolled down the metal shutters on store windows when office workers went home.

Macy’s – that’s the retail chain that in December 2006 began complaining about the city’s streetscape and arranging to pack its bags and flee the site that had been home to Florida’s primary department store since 1911.

Today, what was the sixth-floor training site is home to Florida International University graduate programs – which, not so coincidentally, have been expanding rapidly as downtown rebounds.

Read: “Downtown gets its hour of respect as turnaround takes hold,“ an article from MiamiToday.