Jamie Dimon, at the helm of JPMorgan Chase, seems to be the one banker who has emerged from the financial meltdown with his reputation enhanced–yet earlier he lost his job at Citi when his former mentor, Sandy Weill, turned on him. The Miami-Dade County school board fired Rudy Crew just months after he was named the best school superintendent in America. Mark Hurd was the savior of Hewlett-Packard until he was undone by an expense account scandal. Even the now mythic Steve Jobs left Apple  in the 1980s when John Sculley prevailed over him in a power struggle there. Attaining a high position doesn’t mean you’ll keep it. And there’s more to holding on to power than doing a good job, though that’s obviously important. 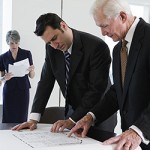 It’s a shame when people have to leave a position involuntarily, and doubly so when they have worked long and hard to attain it. But leaders don’t have to become replaceable and get replaced. The late Jack Valenti served as the unchallenged head of the Motion Picture Association of America for well over three decades, only stepping down in his 80s, and continued to be influential even out of his formal role, though he held his job at the whim of the heads of the major motion picture studios–individuals with colossal egos and volatile tempers. If you understand how and why some people lose power and others hold on to it, even in seemingly precarious circumstances, you can chart your course accordingly.

It’s possible–although rare–to avoid these problems. Mitch Maidique held his job as president of Florida International University in Miami for 23 years. Few university presidents last a decade, let alone more than two. The key to his success was having the patience to hold his tongue when students, parents, alumni and board members, who didn’t necessarily know what they were talking about, offered advice on how to do his job better. Another source of his longevity: recognizing that relationships with key people in the community were important, and that those relationships were built and maintained partly by attending people’s important life events, such as weddings, funerals, confirmations and bar mitzvahs.

Read: “The Essentials Of Staying In Power,” an article from the Forbes.com.