The Federal Reserve Open Market Committee voted to keep the target interest rate at .25% on Wednesday, September 16th. The vote was nearly unanimous with only Thomas Hoenig dissenting. The press release, similar to other releases this year, presented the picture of a fragile economy with moderate growth prospects. The Federal Reserve emphasized its willingness to “provide additional accommodation if needed to support the economic recovery”. Likewise, the statement explained that the low federal funds target rate would be needed for an extended period. Thomas Hoenig chose to vote against the policy, maintaining his belief that it will “lead to future imbalances that undermine stable long-run growth”. In addition, the committee voted to continue its policy of reinvesting principal payments. Critics argue, that keeping the target rate low for such an extended period of time is dangerous and will have unintended consequences. They explain that the market needs to clear itself and stress that the Federal Reserve policies are preventing the market from working. Critics cite Japan as evidence that keeping interest rates low can have disastrous results. Proponents, on the other hand, believe that if the Federal Reserve raises interest rates the economy will dip again into recession. They believe that the economy has to exhibit stronger growth before interest rates can rise. It seems that both sides of the debate have validity. However it might be wise to question whether or not Americans are trading short-term pain for long term problems. 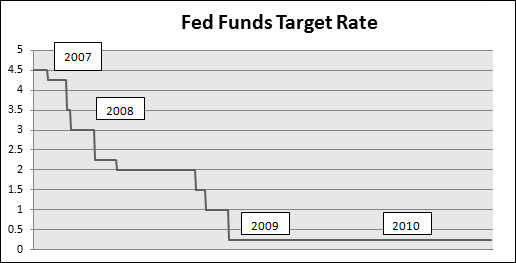 This week, monthly existing sales data was released by the National Association of Realtors. This data set provides the number of completed transactions that include single-family, townhomes, condominiums, and co-ops. It is an important gauge of the US housing market. After a major down turn in July, where existing home sales declined 27.2% MoM (month over month), economists were expecting a rise between 5.5 – 8%, or 3.9 – 4.5 million units for the month of August. The data came in just within expectations, with 4.13 million units sold, a 7.6% increase MoM. Although the data was not horrible for the month, the index is still very close to decade lows. As mentioned by NAR chief economist Lawrence Yun, “Home sales still remain subpar…despite very attractive affordability conditions; a recovery will likely be slow.”

Along with historically low housing prices and foreclosures, mortgage rates continue to make record lows. As reported by Freddie Mac, the national average for a 30-year, conventional, fixed-rate mortgage was 4.43% in August. Markus Schomer, Chief Economist at Pinebridge Investments told Bloomberg news that he didn’t feel the rebound in housing data was very strong, and that job growth is key to the housing recovery. It is also a possibility that the recent and coming numbers in housing demand have been diluted due to the recent home buyer credit stimulus. In other words, those who would be buying now already bought when they were able to get the housing credit, meaning the policy possibly sped up any looming demand in housing. Although this could have been beneficial by keeping housing prices afloat, now the economy will need jobs to quickly bring back that missing demand. Analysts have said “all of the policies have not done much at all”, and that they would like to see real demand growth. Also weighing on housing prices is the large supply overhang of housing that has not yet hit the market. This supply is the homes that are underwater and missing payments, but have not yet been foreclosed on. Analysts believe there is an overhang of 5 – 7 million homes. 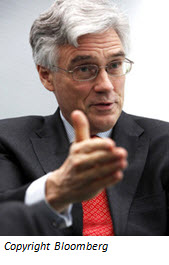 Two weeks ago, the Basel Committee on Banking Supervision announced their endorsement for strengthening existing capital requirements under a new regulatory framework known as Basel III. The new standards for capital requirements, agreements that were decided on 26 July 2010, require banks to increase their minimum common equity buffer from 2% to 4.5% of risk-weighted assets. The common equity buffer is the minimum shareholders equity that needs to be in place to protect a bank against losses. The total minimum capital banks must hold is 8% with a conservation buffer of 2.5% added on top of that and an additional countercyclical buffer range the nations can impose of 0-2.5%. This countercyclical buffer applies only when there is excess credit growth resulting in a buildup of systemic risk.

Banks like Deutsche Bank have taken measurements to implement some of the new standards well in advance when the regulations say they have to be implemented. Even though these capital requirements are advocating keeping more in reserves, banks have traditionally been able to escape the regulations through regulatory arbitrage and structured financial instruments. In response this occurring, Bank of England Chief Cashier Andrew Bailey said this week that “financial services is an industry where arbitraging rules and regulations is habitual and even addictive.” He believes that these rules are “a good step forward” that will foster stability in the banking sector. While this is a response to the previous financial crisis, it remains to be seen how financial firms will develop methods around the new requirements.