About 42 percent of South Florida homes with mortgages were underwater during the third quarter of the year, nearly double the national average and a “millstone around the neck” of real estate that could keep the market down indefinitely. 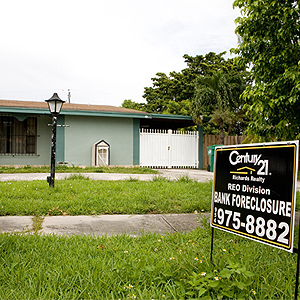 A foreclosure backlog of 396,500 cases in Florida courts, combined with the recent moratoriums on foreclosure proceedings by banks as they review and resubmit flawed paperwork will only confuse things more, Hardin predicted.

Read: “South Florida’s economic albatross: Home values and losses not getting any better,“ an article from the Palm Beach Post.