Europe sealed a €67.5 billion bailout of Ireland on Sunday. The Irish bailout, equivalent to about $90 billion, is intended as a signal that the euro zone will come to the aid of its own. Ireland is the second euro-zone country, after Greece, to call for help paying its bills. Wary of lending to Portugal and Spain it is stoking fears of toppling dominoes along the euro-zone’s weak perimeter. European finance ministers raced to reach an agreement before unsettled markets opened Monday. 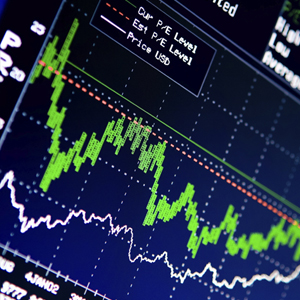 The $90 billion deal for Ireland and the plan for future rescues “should decisively address the current nervousness in the financial markets,” said Olli Rehn, the EU’s economy commissioner. For Greece and now Ireland, European taxpayers and the taxpayer-backed International Monetary Fund has stepped into the breach with cash. Both Jean-Claude Trichet, president of the European Central Bank, and Jean-Claude Juncker, the Luxembourg premier who heads the group of euro-zone countries, said that private-sector creditors would face restructuring on a “case-by-case” basis—and not automatically, as Germany had wished.

The Federal Reserve officials downgraded their outlook for the U.S., projecting that the jobless rate could exceed 8% for two more years and that it won’t return to its former vitality for five years or more. Fed officials considered steps beyond the Fed’s controversial decision to buy $600 billion more U.S. Treasury debt to lower long-term interest’s rates to boost growth—including setting a cap on longer-term interest rates, a move which hasn’t been tried since the 1950s.

Federal Reserve policymakers clashed over the benefits and risks of launching a $600 billion program to rejuvenate the economy, but voted for it anyway, minutes of their closed-door deliberations show. Despite a near unanimous 10-1 vote in support of the program, the minutes from the Nov. 3 meeting show that some Fed officials had concerns about embarking on a second round of stimulus. Some officials thought the additional purchases of government debt would have limited effect in revving up the economy. Some also worried about risks – unleashing inflation or causing a destabilizing slide in the value of the U.S. dollar. In the end, Fed Chairman Ben Bernanke persuaded most of his colleagues to back the plan.