Beating out the competition comes naturally to the Chapman Graduate School of Business at Florida International University (FIU), one of the country’s top business schools. But competition during Homecoming Week 2010 was a different challenge: showcase your Panther Pride!

The graduate school certainly demonstrated winning ways. It achieved the top spot in the second annual FIU Homecoming Spirit Decoration Competition, a university-wide challenge, by constructing and displaying an innovative float that depicted each graduate program. 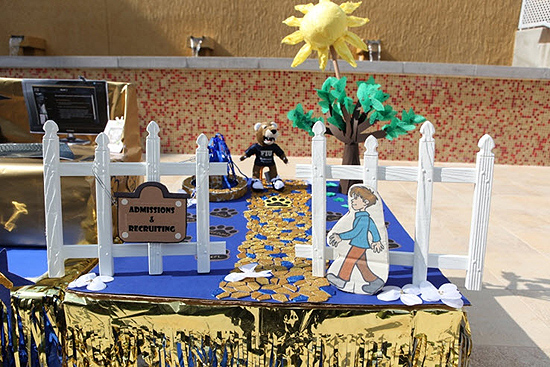 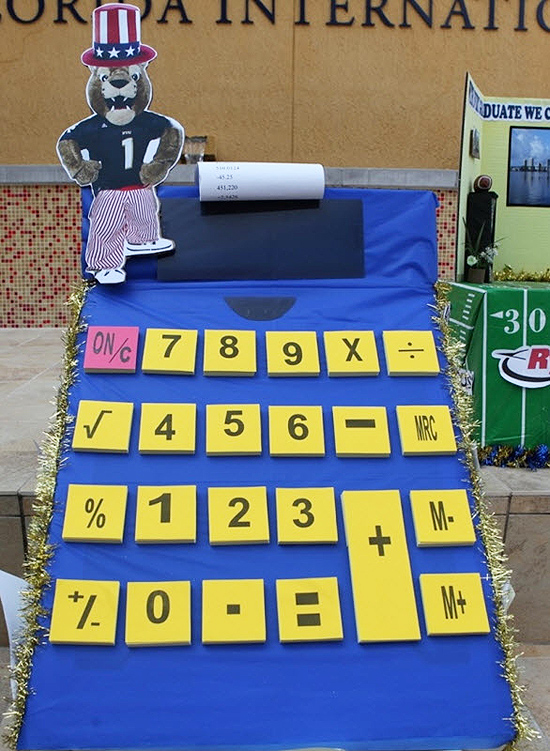 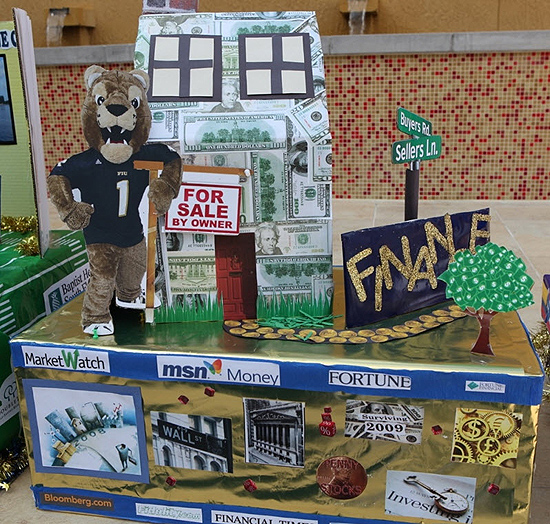 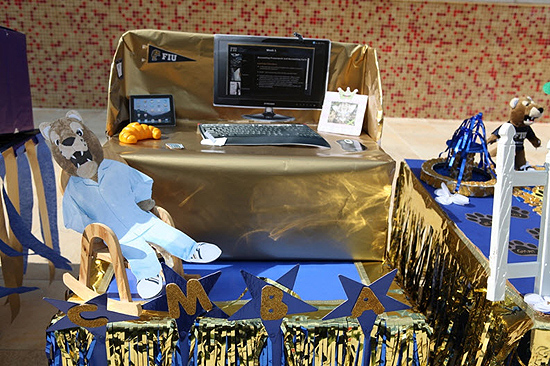 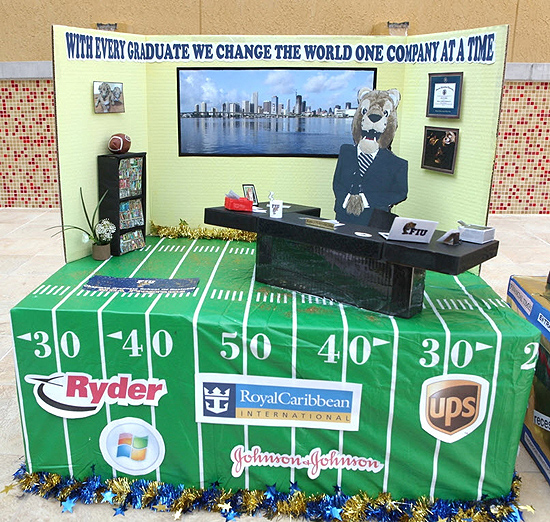 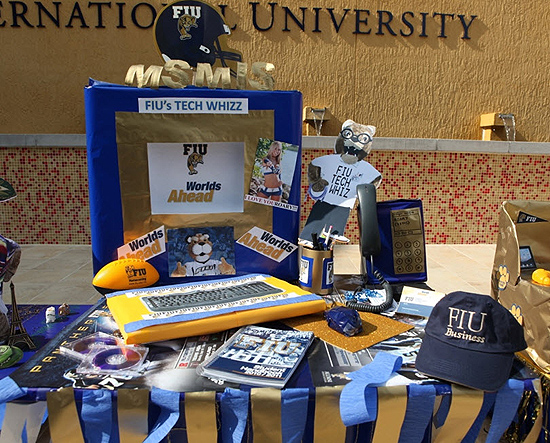 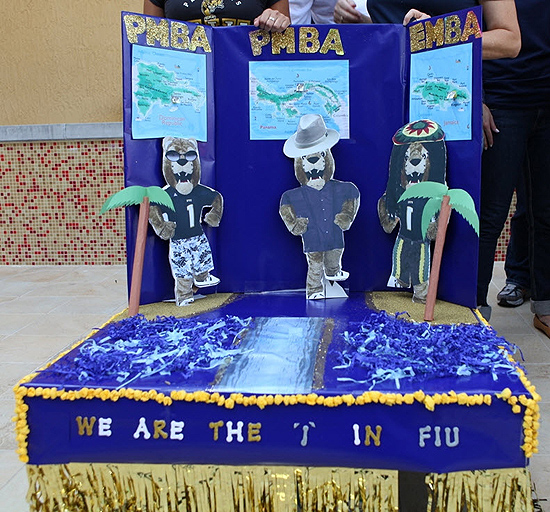 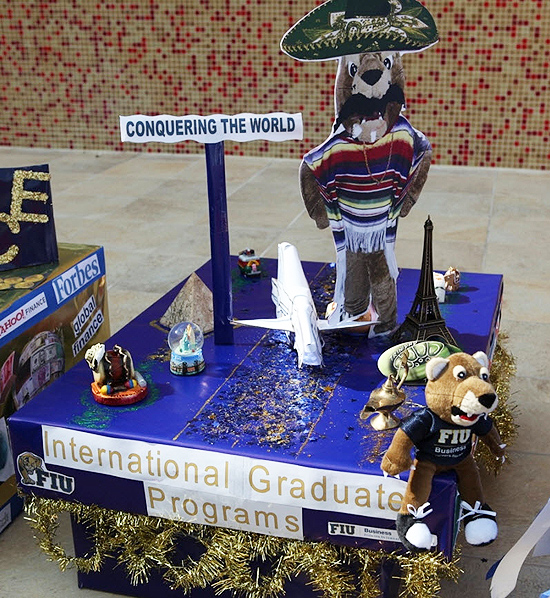 The Chapman School also was one of the winners in the College of Business Administration’s own decorating contest.

For this internal competition, prizes were awarded for best homecoming decoration to:

“At the Chapman School, their entire floor was decorated and it was clear nobody missed out,” said Yanyn San Luis (BA ’10), coordinator, student and alumni  relations. She and Melissa Izquierdo (BBA ’10), coordinator, corporate and community relations, handled the details of homecoming events for the business school.

“I was looking for spirit, creativity and effort,” he said. “What surprised me was the attention to detail in each of the winning areas.”

Winners were announced and prizes of gift baskets were awarded at the business school’s pep rally on November 4th.

“We were very pleased with the spirit of the college during homecoming season,” said Annabelle Rojas (MBA ’98, BBA ’87), assistant dean, advancement, alumni, and corporate relations. “Participating in the homecoming week helps to strengthen the strong team spirit that we already have.”

Rojas said the tradition will continue for Homecoming 2011.