Florida is “the land of small business” with over 425,000 small firms accounting for 99% of the state’s employers. However, most are struggling to stay afloat in an environment where the state’s growth rate is projected to be 1.5% (a percentage point less than the nation) and unemployment 12%. 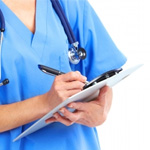 The health care reforms bills—now law—encompass the Patient Protection and Affordable Care Act (PPACA) and the Health Care Education Reconciliation Act. The impact of the new law on small business is clear: significant restrictions on the health insurance coverage of employers and employees; tax increases on business and huge new paperwork requirements; and disincentives for creating jobs and growing the economy.

The impact of the reforms will be felt by every business in the nation—restricting employer and employee choices with respect to health insurance coverage, raising taxes and paperwork burdens on firms and discouraging employment creation and economic growth. The 2,000- page legislation will create 47 new government bureaucracies, regulate much of the health care industry and monitor the implementation of the law—one that will require all individuals to purchase health insurance and mandate which coverage is acceptable.

All companies with 51 full-time workers or more must provide “minimum essential coverage” beginning in 2014 or be fined $2,000 per worker. The federal government will decide what that coverage is and can change the standards arbitrarily. Employers will not be allowed to set lifetime maximums for coverage or require cost-sharing for preventive services.

Mercer, the consulting firm, surveyed small businesses and found that 62% have at least one “red flag” in their plans that violate PPACA mandates. Small firms enrolled in group plans pay insurance premiums that are 18% higher than large firms; and their administrative costs are 25% of premiums compared to 10% for big companies.

Understandably, the higher costs will be taken from the overall employment costs for a small business. That means shorter hours, slower wage growth or direct salary cuts, not to mention the use of subcontractors and temporary workers.

As for individual choice, starting in 2013 the new health reform law will limit the amount employees can contribute to health care flexible spending accounts by nearly half. These accounts will also disallow spending for over-the-counter medication. Count on more doctor visits and prescription treatments.

The so-called tax credits the president has been extolling will have about as much impact as sending one platoon of motor pool mechanics to Afghanistan. To qualify, a company must have fewer than 25 workers, pay an average wage of less than $50,000 and pay half of employees’ premiums.

The National Federation of Independent Business estimates only one-third of firms with fewer than 25 employees will qualify. Most likely this provision will discourage small businesses from hiring as well as raising salaries.

Income taxes are also subject to the new health care law, part and parcel of the “let’s sock it to the rich” mantra that is firmly rooted in the ideology of the White House and current Congress. “Rich” is defined as a couple earning $250,000 per year. (Last time I checked, that would include “rich people” such as a New York City policeman with 20 years’ service and his secondary schoolteacher wife with equal time in service.) Since many small businesses file under the individual income tax code, their aggregated income will be subjected to a Medicare surtax along with a Medicare tax on investment income.

Finally, the new health care law will increase paperwork for small businesses. Starting in 2011, businesses must include on W-2s the total value of the health care benefits they provide.

As for their 1099s, small businesses file the form for payments to individuals of $600 or more. Under the new law, they must do the same for any payment to a business for the same amount. Currently, small firms file about 10 forms a year. Under the new law, that figure will jump to eight-and-a-half times as many!

According to a recent and comprehensive policy report issued by the Independent Women’s Forum in Washington, DC, the new health reform law “. . . will exacerbate, rather than solve, existing problems within the health care system and will create new burdens on business.” South Florida’s small businesses have much at stake as the next Congress revisits and attempts to reform the new law.