Latin American firms like Odebrecht (Brazil), and Grupo Bimbo (Mexico) will be in the vanguard of global FDI in 2011. 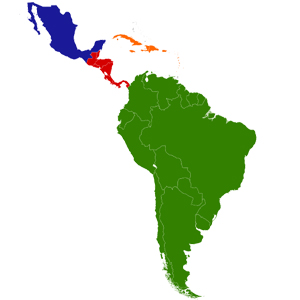 While economists may forecast and governments legislate and mandate, it is producers, consumers, and investors who will determine whether 2011 will be a good year for Latin America—or even a great year.

Influencing their behavior will be a number of forces and factors that will shape the international business environment this year, apart from political and security issues. These include:

A slow moving roller coaster: the global recovery. Most nations will fare better in 2011 with clear differences in the pace of recuperation. Emerging economies such as those in Asia will do well; western nations, not so. Disparities will occur within regions, as well. Japan projects a GDP of 2 percent, Vietnam 6.5 percent. Peru, 6 percent, Venezuela 2 percent. Retarding global economic recovery are constraints on bank capital for lending, tightened conditions for borrowers, and government deficits and debt build-up in rich countries. The sadly anemic U.S. economy will limp along and improve modestly in 2011, with GDP of 3 percent and joblessness numbers hardly improving.

Read: “Latin America: A Year of Recovery Ahead ,“ an article by Jerry Haar for LatinBusinessChronicle.com.