Renting is becoming more popular, but only up to a point 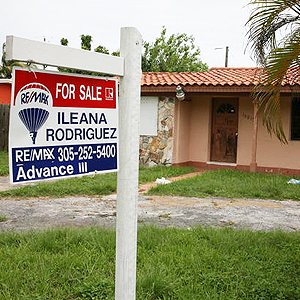 “The psychology of the consumer has changed 180° from the bubble,” says Ric Campo, the boss of Camden Property Trust, an American real estate investment trust (REIT) specialising in multi-family residential blocks. If homeownership was the American dream before the bust, lots of people are now waking up to the benefits of renting. Until the bubble got going, the “move-out rate” (the percentage of Camden’s tenants leaving their apartments each year to buy a home) was about 12-14%. That rose to a peak of 24% when, as Mr Campo puts it, the banks started lending to anyone who could fog a mirror. It is now down to around 10%.

An analysis of relative returns from home-ownership and a portfolio of other investment assets by Eli Beracha of East Carolina University and Ken Johnson of Florida International University suggests that for most of the past 30 years it would have made economic sense for Americans to rent rather than buy. Their study necessarily makes lots of heroic assumptions—most notably, that renters will be utterly disciplined about investing the cash they save by not buying a home. Still, it is a useful corrective to the widely held belief that renting is a waste of money.

Read: “Own goal,“ an article by The Economist.