Miami made a historic UK connection six months ago when it became the first U.S. outpost for a British-based university. That was when the University of Manchester’s business school relocated its global master of business administration program from Jamaica to downtown Miami.

“Miami is an international hub and a great business community,” said Patrick Foran, Manchester’s regional director for the United States. “From this location, we can attract [MBA students] from Latin America, Canada and the United States.” 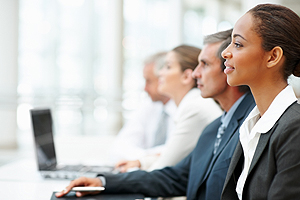 In its new 3,000 square-foot-home within the 15-story Southeast Financial Center at 200 S. Biscayne Blvd., the Manchester Business School hopes to increase enrollment from 60 to 600 students in three years.

Luis Casas, Florida International University’s director of marketing for the College of Business Administration, said Manchester is a good business school, but so is FIU. Its global MBA program is ranked No. 25 in the country by U.S. News and World Report. He also noted that Manchester is not the only foreign college that set up a school here. Six years ago, Casas pointed out, Adolfo Ibanez School of Management, an accredited international MBA curriculum from Chile, set up shop in downtown Miami.

“I think it is really interesting how Miami is becoming a hot spot for business education,” Casas said. “I can remember when it was just FIU and UM.”

Read: “The global MBA boom,“ an article by MiamiHerald.com.