Like an increasing number of well-heeled Americans, the Hodgsons decided it was time to buy a new home, even if most of the U.S. housing market remains in the dumps. 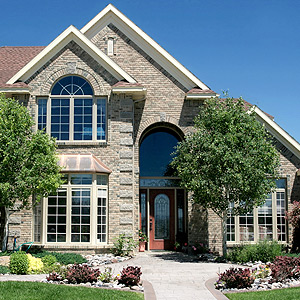 After years in an apartment building, “we were just tired of sharing space with other people,” says Cari Hodgson, 32. “It was time to have space of our own.”

She and her commodities trader husband sold the condo and recently bought a $1.2 million, five-bedroom home in Chicago’s north side, sealing the deal with the kind of big down-payment that is heating up the high-end of the U.S. property market.

Cari, a part-time nurse, declined to say how much of their own money the couple put into the house. But she did say the mortgage was less than a so-called jumbo loan, which are bigger than most U.S. mortgages and currently start at $730,000.

That means the Hodgsons put down at least 40 percent of the house’s value, a chunk far out of reach for most Americans.

“We were told by a number of people that it was very difficult to qualify for a jumbo loan,” Cari Hodgson said. “So we didn’t even try to get one.”

Four years after U.S. housing prices began to nose-dive, eventually triggering a global financial crisis, signs of life are appearing at the top and the bottom ends of the market.

By contrast, a sustained recovery remains far off for the vast middle ground of the U.S. housing sector.

Affluent Americans are feeling more secure as the impact of the recession fades and the stock market racks up big gains.

“People who have decent income are saying, maybe I can trade up, buy a better property,” said Bill Hardin, director of the real estate program at Florida International University.

Read: “Signs of life in U.S. housing, credit drought goes on,“ an article by Reuters.