Latin America: The Quest for Talent

Some Latin American countries are now experiencing a “reverse” brain-drain. 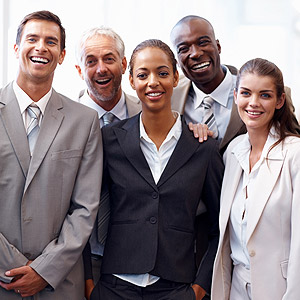 In an increasingly competitive global environment, major firms know that talent recruitment and cultivation is an urgent challenge. Latin America is no exception. For example, Brazilian multinational firm Vale do Rio Doce has increasingly promoted people in their mid-30s to direct large projects, and it is ramping up its in-house training so those employees can qualify for the higher positions sooner. Thus, it is spending around $100 million with its global training programs in 2011, around 30 percent to 50 percent more than last year.

Recognizably, talent recruitment is necessary for all large firms, but for multilatinas it is indispensable, since they are competing not just in their home markets, where they may still benefit from tariff and non-tariff barriers and a host of incentives reserved for local firms, including concessional financing, but in the global marketplace. The maturation of Latin American firms, whether focused largely on internal markets, foreign markets, or both, has been significant. These firms’ abilities to secure financing and access state-of-the-art technology and supply chain management systems have increased significantly. It is the “people” factor that remains the most challenging. Just look at mergers and acquisitions (M&A), nearly $190 billion in Latin America in 2010, more than double the amount of the previous year. Over 70 percent of M&As fail to meet their objectives, or fail outright. The exclusion of HR from the process right from the beginning is a principal cause of failure. However, as noted by Daniel Nadborny, head of Mercer’s M&A practice for Latin America, significant efforts are being made to change this. His colleague Paule Desaulniers, senior partner in their Mexico office, emphasizes that share values invariably decline when the acquirer purchases a company; therefore, human resources—talent—are critically important to removing uncertainty, boosting productivity and increasing overall performance to recuperate stock value.

Read: “Latin America: The Quest for Talent,“ an article by Jerry Haar and Maria Pradilla for Latin Business Chronicle.