Since the days of Ponce de Leon, South Florida’s economy has largely hinged on geography.

Beaches, warm winter temps, proximity to the Caribbean and Latin America continue to be critical factors. But the past few weeks have underscored Miami’s position as a global player. 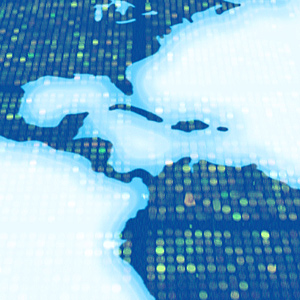 arlier this month, Lufthansa upgraded its Frankfurt-Miami route with a 526-seat A380 – the megajet that goes only to three other U.S. airports. TAP, the Portugese airline, added service between Miami and Lisbon.

And last week, Sir Richard Branson staged one of his typically PR stunts to celebrate the announcement of Virgin Atlantic’s new service between London and Cancun – a move that could be written off as an excuse to party, save for the fact that Branson is also thinking about building a Virgin hotel here.

What’s more, international trade between South Florida and the rest of the world is on track to hit $100 billion for the first time ever, says Ken Roberts, founder and president of WorldCity, a business publication that focuses on South Florida’s international markets. And that figure doesn’t account for consulting, legal and banking services, points out FIU professor Jerry Haar.