The Milken Institute published a paper earlier this year (http://www.mikemilken.com/Sputnik-2Q11MIR.pdf) that points to some fundamental problems with our healthcare system. Our system has devolved into providing care (it is a healthCARE system) rather than finding cures. It is reactive rather than proactive, focusing on addressing the sick rather than preventing sickness from happening.

Consider obesity. In 1991 just four U.S. states reported obesity rates exceeding 15 percent. Today 49 states do. Colorado is the exception. Two out of every five Americans are obese compared to two out of every 28 French citizens and less than two out of every 100 Japanese.

There are multiple complications causing this problem but one major driver is our system’s inability to coordinate and share information. The Milken paper points out that you can withdraw money from an ATM in any of 200 countries, each with its own bank regulatory system, and see that ATM withdrawal appear on your online bank statement within hours. Yet our medical system has difficulty sharing information about something as simple as your blood pressure. 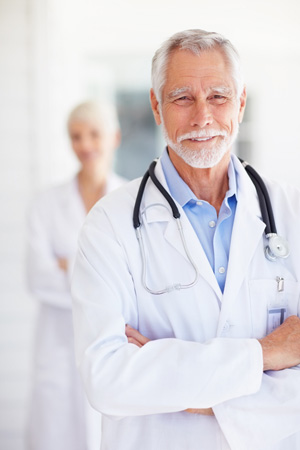 A few months ago I reported on Best Doctors (www.bestdoctors.com), an innovative medical health benefits company that is helping attack this problem by coordinating generalist doctors and specialists to radically improve how patients are diagnosed. I recently came across another company, the CollaborativeCARE Conference (C3), which is implementing a creative solution to address the same issue.

C3 is helping grease the wheels of healthcare. It’s helping patients, primary physicians and specialists coordinate themselves and share information. Its approach is radically simple. It relies on very little technology. Instead, the company brings these three stakeholders together in person so they can interact face to face.

C3 is the brainchild of John Mooney, who jumped into the publishing industry after completing an English major. His publishing work led him to trade shows and in the early 1990s, he quit his job to build a medical trade show. He sold the company in 1994, and then stayed on for three more years. It was then that he hit on his current idea.

Just as Best Doctors’ president, Evan Falchuk, shared with us, one reason that the U.S. healthcare system is broken is that upon diagnosis, patients often find their way to specialists too quickly and so are misdiagnosed. Give a child a hammer and everything looks like a nail.

C3 helps address this problem by organizing conferences. Unlike traditional healthcare conferences that bring together medical specialists around a specific theme, the C3 conference brings together specialists, generalists, and patients. By weaving these three key stakeholders together into a flow of conversations, C3 is able to achieve what many believe the U.S. healthcare system fails at: creating collaborative dialogue among patients, their generalist doctors, and specialists.

Mooney is pursuing an ambitious vision. This year C3 is slated to organize three regional conferences in Long Beach, Philadelphia and Chicago, in partnership with the California Medical Association, Pennsylvania Medical Society and the Illinois Academy of Family Physicians. The four- to six-day conferences are split evenly between a period for doctor-doctor dialogue and for patient-doctor dialogue. The plan is to conduct this conference ten times per year by 2013.

Mooney’s plans are big but so is his mission. Changing the way healthcare is done in the United States is “like trying to move a giant ocean liner,” he says. But if he can “create the Switzerland” of healthcare, a unique place that welcomes all viewpoints and stakeholders, C3 may just push that ocean liner in the right direction with the right amount of force to begin generating momentum in the direction we need.

So as you jump onto Twitter, create new Facebook pages, and build LinkedIn networks, remember that the power of social networking—of convening stakeholders—was important long before the Internet. It brought life to the barren land that became the Silk Road, it is why all roads led to Rome and it is why mankind’s greatest innovations have sprung from the intersection of cultures. Look at how you can use old-school social networking to help your cause.