Florida’s top banking regulator and leaders at the state’s bankers’ associations are closely monitoring the debate over the nation’s debt ceiling but agree that banks and their customers may not see any immediate effects if an agreement is not reached. 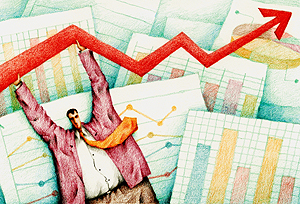 Federal banking regulators are expected to issue guidelines to banks as early as Monday if an agreement is not reached in Washington this weekend, they said.

“We stay in touch with federal regulators, and have not seen any concern by the Federal Reserve or the FDIC in respect to any immediate problems,’’ said Tom Cardwell, commissioner of financial regulation for Florida.

He said the issue is not a concern for banks next week or next month.

“To the extent that there is fallout on the financial system as a result of what is going on, it’s more of a long-term fallout in terms of interest rates rising over time,’’ he said, “and that, of course, is always an issue in the economy at all times.’’

Marcos A. Kerbel, a member of the board and executive committee of the Florida International Bankers Association, and an adjunct professor of finance at Florida International University, cited the potential outcome of rising interest rates on Treasury bills and bonds, loans and deposits. In addition, the dollar could fall as the United States’ foreign exchange risk rises, he said.

Read: “Florida bankers watching, not worrying,“ an article by MiamiHerald.com.