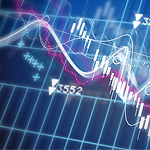 This is the summer of our discontent (if I may borrow from the Bard). The consumer price index is up, optimism is down, the federal budget deficit and national debt are like Representative Barney Frank—big, fat and out of control. We are mired in Afghanistan, Iraq, and Libya—situations like every man’s first marriage: easy to get into, agonizingly hopeless, with no end in sight and financially costly to get out of. Additionally we face the prospect of a healthcare reform law that will pour a tanker-load of kerosene on top the bonfire of fiscal profligacy, and there are fears of a double-dip recession when, in truth, the first one never ended. And did I mention the tanking dollar? (Having arrived in Oxford on a research fellowship, I was blown away by the cost of things. The dollar has about as much value as the Greek drachma in the age of the euro, tempting me to visit the local branch of Barclay’s Bank to see about financing for a plate of fish and chips. The homeless here are mainly Americans who had left their ATM cards at home and maxed out on their credit card.)

Mirroring the national malaise, consumer sentiment in Florida continues to decline, mirroring the national economic malaise. The University of Florida’s “consumer sentiment index” posts a reading of 66, the lowest since one year ago and significantly below its high score of 78 in May 2010 when people thought recovery was right around the corner. Despite some glimmers of hope due to upticks in housing and condo sales and a firming up slightly in prices, the Case-Shiller housing index continues to list Florida as an underperformer with a recovery still in the distance. Worries over possible future cuts for Social Security and Medicare are undermining confidence, as well in a state which serves as a Mecca for retirees.

Is all doom and gloom? Au contraire. The nation may be in deep doo-doo financially and Florida still nursing a huge hangover from the real estate and construction meltdown; however, there is an immutable sense of resilience that insulates Florida, especially South Florida. This is due to two classes of economic drivers—“buffers” and “propellers.” The first category includes the “old reliables”—the backbone of South Florida’s economy: tourism and international trade and investment. Weather and geography bless us as a magnet for vacationers and an entrepot for global commerce, especially with The Americas where we dominate. Continuing large inflows of foreign direct investment that are sopping up excess inventory in condos and establishing new businesses and shopping complexes are important buffers as well. Key here are the strong euro and Latin American currencies, especially the Brazilian real, along with financial and human capital flight because of political and economic upheaval (e.g., Venezuela, where a megalomaniacal socialist cretin continues to destroy what’s left of private enterprise). Health, government and social services are an additional buffer, given the large number of retirees and others receiving government assistance or working in the public sector; correspondingly, they spend—making retail services a buffer as well.“Propellers” are those future engines of growth and include life sciences; information technology and Latin media and entertainment; and higher value-added services, including engineering and design, accounting and selected financial services such as private equity venture capital and wealth management.

The most important supportive mechanisms of higher valued-added growth and development are our research universities. Both Florida International University (FIU) and University of Miami (UM), in life sciences, technology, engineering and entrepreneurship are heeding that call. Our “buffers” of tourism, trade and retail services cannot be our single engines of growth. They are characterized by low skills, low wages and high turnover—not a recipe to build a 21st century economy.

Traditionally, we have fared better than the rest of the nation in good times, but recently we’ve fared worse. With the housing downturn bottoming out, other developments in play give reason to be optimistic.  Meanwhile, I am looking forward to coming home where a five-course dinner at the Biltmore’s Palme D’Or restaurant, will cost less than a single serving of kidney pie and a pint of ale. The sun may be setting on the British Empire, but it is slowly rising over Biscayne Bay.

This column originally appeared in Miami Today on July 14, 2011.