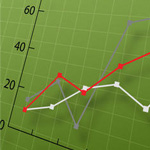 South Florida relinquished its top-10 foreclosure rank during the first part of this year, falling to 30 nationally as court delays and paperwork do-overs continue to stall bank repossessions.

In Palm Beach County, 10,642 homes received a foreclosure filing in the first half of the year, down 41 percent from the same time in 2010, according to a report to be released today by the Irvine, Calif.-based RealtyTrac.

Statewide, 113,631 homes received a notice of foreclosure in the first six months of 2011, a decrease of 59 percent compared with last year.

“Depending on where you are looking, prices are probably at or near bottom,” said Bill Hardin, a Florida International University professor and director of real estate programs at the school. “But I think we’re a ways away from a normal market.”

This column originally appeared in The Palm Beach Post on July 28, 2011.