The hospitality industry is leading Greater Miami out of the recession, and the reason might surprise you. 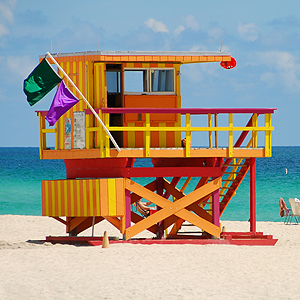 While much of the economy is still struggling, Miami-Dade County’s 47,500-room hotel business is expecting a jump in occupancy and room rates in the second half of the year, following a strong showing in the year’s first half.

The reason: Miami seems to be gaining ground on other top tourist destinations in the United States, especially among foreign visitors from Latin America and Europe — making the industry quick to pull out of the recession. Nearly half of Greater Miami’s visitors come from outside the US, so the area hasn’t been hurt as much as other destinations that rely more on domestic visitors bearing the brunt of the recession.

“Brazilians are coming here and buying up stuff like crazy,” said Jerry Haar, associate dean at Florida International University’s College of Business. “South Florida does well in the good times, and sometimes can do even better in the bad times.”