Portugal is selling state-owned companies to raise cash, and its flush former colonies are stepping up to buy 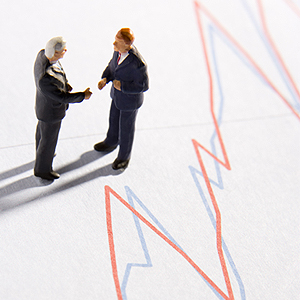 Four centuries ago, seafaring Portugal was at the height of its economic power, thanks in no small part to its exploitation of Brazil and Angola. The Portuguese were voracious consumers of Angolan slaves, arming Africans with guns and shackles to capture members of rival tribes. The slaves ended up working and dying on the plantations and in the mines of Brazil and the Portuguese-owned islands off Africa.

Today, Portugal is a ward of the International Monetary Fund and the European Union. Brazil is the world’s seventh-biggest economy (Portugal, at last count, was No. 38) and Angola, Sub-Saharan Africa’s second-biggest oil producer, is one of the fastest-growing nations on earth. Now Portugal, the erstwhile imperialist, may be acquired in bits and pieces by its former colonies.

“You’d never have imagined this from Third World countries,” says Walter Molano, an emerging markets analyst with BCP Securities in Connecticut. “Brazil and Angola were always natural resource-rich. But now that they’re independent sovereigns with stronger currencies, they’re rich enough to invest in their colonizers.”

“Bottom fishing during and after financial crises is nothing new,” says Jerry Haar, a professor at the business school of Florida International University in Miami who tracks foreign investment. “What is new is the increasing participation of emerging markets in the game. Where language and cross-cultural affinity are involved, all the more so.” So do not be surprised to see Colombia and Peru, equipped with their strong currencies, shopping in Spain.

Read: “Angola and Brazil Are Buying Portuguese Companies,“ an article by Bloomberg Businessweek.