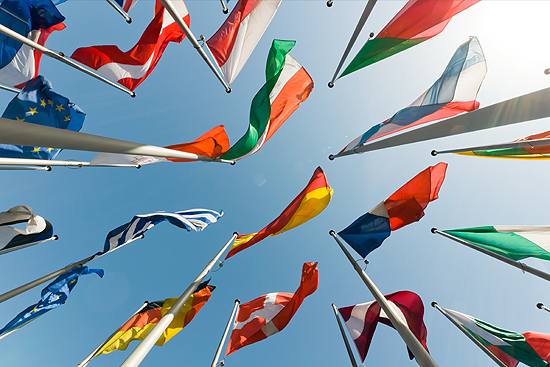 “Prediction is very difficult, especially if it’s about the future.”

A little more than a month into the new year, it is hard to predict if the lackluster global economy’s three-year long malaise will continue, worsen, or improve. However there are sufficient data available to gain a good glimpse, if not a complete picture, of the economic outlook for 2013.

This new year should witness moderately improving fundamentals with continuing fiscal stimulus in a number of countries across the globe, and world GDP should clock in at around 3.3 percent.

Austerity and recession in the Eurozone—features of the past three years—will continue, with GDP flat and unemployment around 12 percent.

As for the United States, economic sluggishness (GDP under 2 percent), growing debt and deficits, and partisan political gridlock show no signs of subsiding. Our #1 trading partner—Canada—will perform better than us (around 2.4 percent GDP growth); but business and consumer spending continue sluggish, and both imports and exports are down. Energy will rebound slightly.

As for emerging markets, performance will be mixed. Asia should pick up, pending China’s improvement in growth to 8.5 percent. Eastern Europe should remain flat at 2.6 percent, the Middle East at 3.4 percent, and Sub-Saharan Africa at 4.5 percent—a region that is the “next frontier” in economic growth and business opportunity.

South Florida’s most important trade and business partner—Latin America and the Caribbean—is projected to grow 4 percent this year; and that number could be higher if Chinese demand recovers from its decline, poverty levels continue to fall, and credit expansion accelerates.

The big winners will be Mexico, Chile, Colombia, Peru and Panama—all Pacific-bordered countries. Our top trading partner—Brazil—will perform only modestly at 3.2 percent. The Brazilian government is willing to relax its fiscal discipline to spur growth in 2013. While growth was sluggish last year, interest rate cuts, low unemployment and higher wages did fuel a spending spree.

While the GDP growth rate is an important indicator, it doesn’t tell the whole story. Witness Argentina and Venezuela that racked up impressive growth rates of 9 percent and 5 percent, respectively. Both countries are mismanaged authoritarian kleptocracies, politically and economically unstable, and hostile to business—both foreign and domestic.

Far more important are microeconomic conditions and other factors such as consumer confidence, rule of law, infrastructure, access to credit and public safety. When those are considered, one discerns that the region is not a monolith but an agglomeration of regimes that fall into two categories—pro-market and anti-market.

That being said, in addition to macroeconomic factors, 2013 economic performance will be driven heavily by the business environment (especially in the domestic realm), consumer behavior/empowerment and technology.

While the business environment in Latin America is improving (e.g., property rights, contract enforcement, credit access) much remains to be done. Only three countries—Chile, Colombia and Mexico—are ranked among the top 50 out of 185 nations for “ease of doing business,” according to the World Bank.

On the bright side, banking systems are strong, lending to individuals and companies is expanding, and middle and lower class consumers have been fueling economic growth through increased spending.

Also most positive, technology access and adoption has been dramatic. Latin America will lead the way in 2013 with global technology spending (5.4 percent); and Brazil alone is expected to grow 7.8 percent—second only to China.

As for South Florida, 2013 will definitely see improvement, although nothing dramatic. Construction, business and professional services, education and health care will lead the way. Tourism, real estate and international trade will pick up steam, and the technology sector will make incremental gains.

Endemic problems such as foreclosures, bankruptcies, unemployment and underemployment, and the failure to generate significant numbers of higher-skilled, better-paid and knowledge-intensive jobs will continue.

All in all, however, 2013 is forecast to be best for South Florida since the December 2007 when the subprime mortgage crisis began.

With the tables turned—emerging markets healthier than those of industrialized nations—one can only hope that the countries of Southern Europe do not undermine the incipient global economic recovery. The same may be said for America’s bipartisan fiscal irresponsibility.

Ironically, both South Florida and our neighbors to the South are better positioned than most other areas on the globe to make 2013 a winning year.

Jerry Haar is a professor, associate dean at FIU’s College of Business, and director of FIU’s Pino Global Entrepreneurship Center. The opinions expressed in this column are the writer’s and do not necessarily reflect the views or opinions of either FIU or the College of Business.

This column originally appeared in Miami Today, week of February 21, 2013.