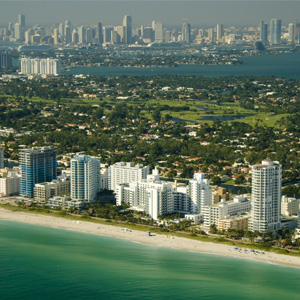 Felipe Lobón’s parents had long planned to move to South Florida from Caracas. But their plans accelerated in early 2003, when a prolonged work stoppage protesting President Hugo Chávez paralyzed Venezuela.

By February, Lobón, then 13, and his family had picked up and left, concerned about high crime and political and economic instability. They moved to a furnished Fort Lauderdale apartment — owned by his grandparents as a vacation home.

“It was pretty much, ‘Let’s get this done before something really bad goes down,’” said Lobón, now a 24-year-old graphic designer. “We figured out how to get the rest of our stuff here later.”

The story was much the same for thousands of other Venezuelans who settled in Miami-Dade and Broward counties during the 14-year rule of Chávez, whose death was announced Tuesday. Many Venezuelans relocated to South Florida, particularly to Doral and Weston, thinking it would be on a temporary basis, but they ended up staying.

Read more “For Venezuelans, a long history in South Florida” by The Miami Herald