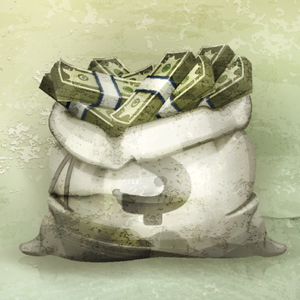 If you are seeking venture capital, ask yourself whether you expect the funding to act as your crutch to help you move forward, to be the catalyst to transform lead into gold, or as the fuel to help your venture burn brighter and grow faster.

If you expect venture capital to be the crutch or the catalyst, you may want to go back to square one because there are two problems with this strategy:

To know the right timing for your industry, examine the returns from the venture-capital industry. The amount of VC funding and their returns soar only when high-potential industries are emerging Since the start of the venture-capital industry, venture-capital returns have risen when they invested at the emerging and take-off stages of new industries, such as semiconductors in the 1960s; PCs and biotechnology in the 1970s; telecommunications in the 1980s and 1990s; Internet 1.0 in the 1990s; and Internet 2.0 in the 2000s. At other times, average venture-capital returns seem to fall. The reason for this rise and fall in venture-capital returns is that emerging, high-potential industries create giants, allow venture capitalists to earn high returns, and make billion-dollar fortunes for entrepreneurs. But without new, emerging industries, it becomes difficult to find diamonds. Entrepreneurs who seek venture capital in challenging times may find that they are ceding too much equity and power to the VCs. Any setbacks could adversely affect the venture, the VCs, and the entrepreneurs. While VCs have many arrows in their quiver, most entrepreneurs have only one and they may be better off delaying venture capital.

This is not to suggest that individual venture capitalists do not earn high returns from occasional hits. But on the whole, the industry suffers when high-potential industries are not emerging. ‘Great’ venture capitalists should be defined as those who help build billion-dollar companies and earn high returns even when there are no high-potential, emerging industries.

MY TAKE: Entrepreneurs can benefit by knowing how to take off without venture capital, and to use venture capital only if they cannot dominate without it – as fuel for the fire, not as a crutch or catalyst. Firstly, your odds of getting venture capital from larger, more established venture-capital funds before proof of success are slim. Secondly, even if you succeed at getting venture capital early, your odds of staying in control are low. The smallest setback could send you packing – out of your venture. So what is the difference between Jobs I and Jobs II? Jobs I was booted out of Apple by venture capitalists who controlled the venture when the Mac did not do as well as expected. Jobs II was heralded as one of the greatest entrepreneurs of history when he built his company with the iPod, the iPhone, and the iPad. But history does not give many people a second bite of the same Apple.

Dileep Rao is clinical professor in the Department of Management and International Business at the College of Business. A former venture financier and business turnaround expert , he is the author of “Business Financing: 25 Keys to Raising Money” (NY Times MBA Series), and “Bootstrap to Billions” (dileeprao.com). This article was originally written as an entry for his Forbes.com blog. The opinions expressed in this column are the writer’s and do not necessarily reflect the views or opinions of either FIU or the College of Business.

View all posts by Dileep Rao →