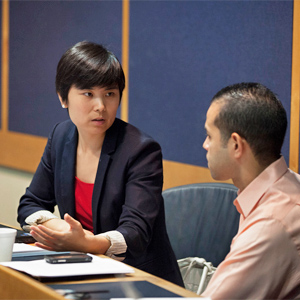 Konstantinos Grigoriou, assistant professor, co-authored “Structural Microfoundations of Innovation: The Role of Relational Stars” which was accepted for publication in the Journal of Management, November, 2013.

Jerry Haar, professor, has been invited by the International Academy of Management and Business (IAMB) to become an honorary member of the IAMB Advisory Board for three years. In addition, an article by Haar, “Iran and its Proxies: a Growing Threat in Latin America,” appeared in the Latin Business Chronicle on November 25, 2013.

A November 21, 2013 article in Business News Daily entitled “The Secret to Career Success: Branding Yourself” was devoted to Nathan Hiller’s presentation at this year’s Society for Industrial and Organizational Psychology. Hiller is associate professor and Knight Ridder Center Research Fellow.

Dileep Rao, clinical professor, is a contributor to the Forbes website and wrote a blog entry on November 18, 2013 entitled “Should Universities Become Entrepreneurial Campuses?”

Maria Garcia, assistant professor, was quoted in a SunSentinel article on November 2, 2013 entitled “Group of ‘Close Friends’ in South Florida makes it on the Web.” Garcia also was a judge for the 2013 Google Awards (Mexico).

Carlos Parra, clinical professor, was a speaker at the “Financial Inclusion in Latin America: Collaboration, Innovation and Technology” forum in Miami. The event was hosted by the Americas Society/Council of the Americas on November 5, 2013. 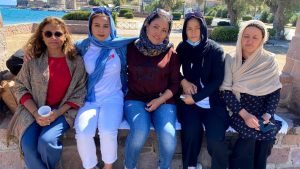