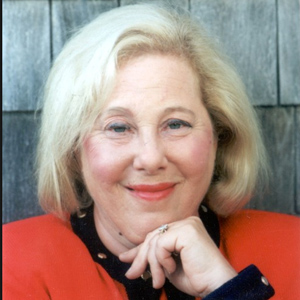 Rosabeth Moss Kanter has been so fascinated by winning streaks and losing streaks that she studied extremes of high and low performance to garner lessons.

Kanter, a Harvard business professor and author, shared her findings on January 14, 2014 as part of The Leadership Lectures series presented by the Center for Leadership (CFL) at Florida International University (FIU).

“There’s more energy with a winning streak,” Kanter told a packed audience of over 200. “People work longer. People want to stay away from a losing streak–no one wants to show up.

“As a leader, set your group up for success,” she continued. “Find things they can succeed in, with something they care about. Once you find that success, build on it. That keeps the streak going.”

Kanter holds the Ernest L. Arbuckle Professorship at Harvard Business School where she specializes in strategy, innovation and leadership for change. The former editor of Harvard Business Review (1989-1992), Kanter has been named to lists of the “50 most powerful women in the world” (Times of London), and the “50 most influential business thinkers in the world” (Thinkers 50), among other honors.

“Winners think small as well as big,” she said. “If you don’t have day-to-day successes, you can get awfully depressed. Pin it down. Small wins and short-term, achievable goals not only are good in themselves but help you with the big vision.”

Kanter reported that the difference between winning and losing is how you handle losing.

“Everything can look like a failure in the middle,” she said. “My studies show that high performing organizations bounce back faster.”

“No matter where you’re sitting, no matter the industry, sector, age, organizational position, gender, etc., the principles she’s gleaned can be applied to you and your organization,” said Hiller. He also pointed out that while Kanter’s conclusions are research-based, she presents them through stories and ideas, making her presentation engaging.

The Leadership Lectures, now in its third year, are presented with support from Mercantil Commercebank. The series features leaders with expertise ranging from business and philanthropy to public service and academic research. 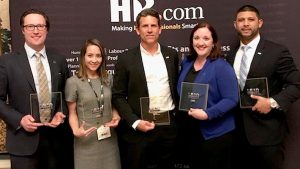 I think that this is great.