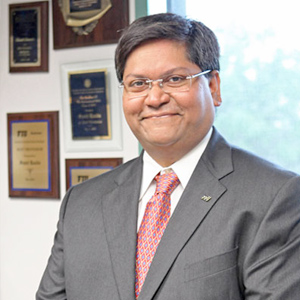 Kundu, who is also the James K. Batten Eminent Scholar Chair in International Business in FIU’s College of Business, will join the board in August, 2014 at AIB’s annual meeting in Vancouver, Canada.

“Joining the AIB Board is truly a dream come true for me, a huge honor,” Kundu said. “My research, my teaching, my service all revolve around globalization.”

AIB is the leading association of scholars and specialists in the field of international business. Established in 1959, AIB today has more than 3,300 members in 87 countries. Members include scholars from the leading global academic institutions as well consultants, researchers, government and NGO representatives.

“We at FIU have long recognized Sumit Kundu’s leadership qualities and it is certainly high time that AIB has now done so as well with his election as vice president for administration,” said the immediate past president of AIB Mary Ann Von Glinow, professor and director of FIU’s Center for International Business Education and Research. “AIB is looking forward to Sumit’s leadership over the next three years.”

“During my term on the AIB Board, I will reach out to potential members around the world, particularly those in developing countries,” Kundu said. “I would love to see more AIB members in Latin America, Africa, Asia and Eastern and Central Europe to make our organization even more of a world body.”

“We’re very proud of Dr. Kundu’s achievement in obtaining this prestigious appointment to AIB’s Board of Directors,” said David R. Klock, dean of the College of Business. 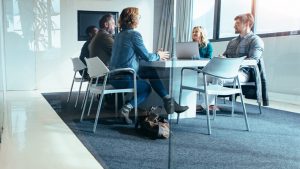