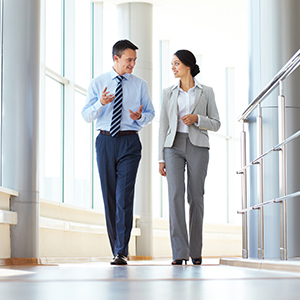 Tony Argiz (BAcc ’74), chairman and CEO at Morrison, Brown, Argiz & Farra, was featured in the June 19, 2014 Miami Today in the section “The Achiever”. He is also the new 2015 chairman of the Greater Miami Chamber of Commerce.

Governor Rick Scott has appointed Javier Vazquez (BBA ’86) to the Miami Dade Expressway Authority. He is currently a partner at Berger Singerman.

On Tuesday April 22, 2014 Miami-Dade College inducted outstanding and distinguished alumni to its Hall of Fame. Among them were Guillermo G. Castillo (BBA ’81), market president of Chase, Juan Kuryla (BBA ’89, MBA ’94), director designee of PortMiami, Roberto Capo (BBA ’93), chief marketing officer of El Dorado Furniture and Henry A. Delgado (BBA ’07), general manager of Smith & Wollensky.  Kuryla was also featured in the Miami Today issue of May 29, 2014 in the section “The Achiever”.

Mayi de la Vega (BBA ’81), founder & CEO of ONE Sotheby’s International Realty and Malcolm Butters (MS ’83), president of Butters Group have been recognized by the South Florida Business Journal as the 2014 Power Leaders of South Florida in Commercial Real Estate.

TD Bank hired David M. Deza (BBA ’97) as relationship manager for commercial business banking. Prior to this position he was the business banking development officer for Wells Fargo.

David Sacks (MBA ’97) has been named chair of the Miami Beach Chamber of Commerce’s Pillar Trustees Board of Directors. He is currently a partner at Pathman Lewis.

Morrison Brown Argiz & Farra, LLC has added Jesus Socorro (BAcc ‘99) as a principal in the audit department. He was most recently an audit senior manager at Ernst & Young.

William J. Spratt Jr. (MS ’74), partner in the Healthcare Practice Group at Akerman LLP, was recognized among the 2014 Florida Super Lawyers under the Healthcare category.

Fowler White Burnett has added Henry Knoblock (BBA ’79) as an attorney on the defense of manufacturers in product liability litigation with a primary concentration on the aviation industry.

Tami Clemenza-Wilson (MS ’92), partner at Morrison Brown Argiz & Farra, has been appointed to the board of directors of Women in Distress of Broward County, Inc.

Jose Ferrer (BBA ’96) was recognized in the 2014 edition of Florida Trend’s Florida Legal Elite listing. He is currently a commercial litigation and trial attorney for Bilzin Sumberg and head of the firm’s litigation team abroad.

The Greater Miami Chamber of Commerce named Albert Santalo (MBA ’97), chairman and CEO of CareCloud, 2014 Tech Executive of the year at the Technology Leaders of the Year Awards.

Yuni Navarro (BBA ’99), senior vice president and head of HR at Ocean Bank, recently joined the executive board of directors for the Boys & Girls Clubs of Miami-Dade.

Marquis Bank has named Ramon de Los Santos (BBA ’05, MBA ’10) vice president in the commercial lending division. He first joined the bank in 2009, prior to that he worked at Regions Bank.

Nisad Hack (MBA ’07) joined The Peebles Corporation as a corporate controller. He previously worked as an accounting manager at The Related Group.

Armando Llechu (MBA ’13) was promoted to vice president of clinical operations at Miami Children’s Hospital. Previously he worked for the hospital as administrative director of the emergency department and support services.