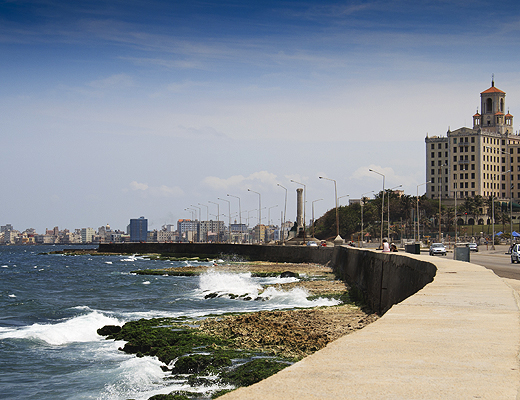 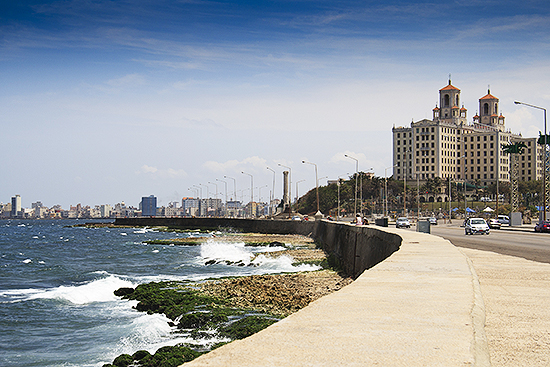 Curb your enthusiasm. That’s my advice, inspired by the HBO series of the same name, for wishful thinkers across the globe who have manifested unbridled euphoria ever since President Obama announced the normalization of diplomatic ties with Cuba.

It is just a matter of time now before the embargo will be lifted in its entirety, they conjecture. Not likely.

Within hours of the president’s announcement, Raúl Castro asserted that the country will continue to adhere to its socialist economic model and political system. The other slap in the face to President Obama came just before the new year when Cuba arrested and detained activists who planned to take up a microphone and individually share their thoughts and concerns about Cuba’s future.

Recognizably, embargoes make a strong moral statement, but economically they do not work. They are porous. Only blockades work.

However, the notion that normalizing diplomatic relations with an authoritarian nation and removing trade and travel embargoes will hasten the fall of Castro’s communist regime and lead to a democratic government is naive and fallacious.

The expectation that economic liberalization leads to political liberalization is unfounded historically. Only the opposite is true. Authoritarian regimes such as China, Vietnam, Iran, Venezuela and Zimbabwe are all far more capitalistic than Cuba was during its most “liberal” economic period (2011-2013); the prospects of democracy coming to those five countries anytime soon are nil.

Be that as it may, it is gratifying to see that U.S.-Cuban relations are being elevated to a higher priority. Therefore it is worth considering the implications of both the normalization accord and the eventual removal of the embargo in the three key areas of the agreement — remittances, travel and trade form the centerpiece.

Remittances and financial services: Under the new agreement, remittance levels will be raised from $500 to $2,000 per quarter, and remittance forwarders will no longer require a specific license. Remittance levels are currently $2 billion, so the injection of capital into the Cuban economy would be huge. The Cuban government would win big, also, since it charges a “processing fee” of 10 percent on all remittances. U.S. financial institutions will be permitted to open accounts at Cuban financial institutions to expedite authorized transactions, and U.S. credit and debit cards will be permitted by travelers to Cuba. It remains to be seen how large an impact this change will have and the time required for implementation. With post-embargo travel permitted for all, the positive effects would be significant.

Tourism: New rules still prohibit U.S. citizens from traveling to Cuba, except for those who fall within the 12 existing categories; however, those permitted to do so will no longer need to seek formal approval from Treasury’s Office of Foreign Assets Control. Moreover, the new agreement authorizes correspondent banking relationships between U.S. and Cuban financial institutions along with the use of credit and debit cards for U.S. travelers. Were the embargo to be lifted, the International Monetary Fund predicts both winners and losers in Caribbean tourism. “Curiosity tourism” to Cuba would surge, with prices rising and Cuban infrastructure, at capacity already, unable to accommodate the large influx. U.S. travel to Cuba would probably be a “one-off” — that is, not a repeat destination like the Dominican Republic where price, quality and service are far superior to Cuba’s.

Trade: The United States and Cuba do have a trade relationship; however, it is restricted primarily to agricultural commodities and products, medicines and healthcare products. Under the new accord, U.S. firms would be permitted to export building supplies, inputs for small farmers and products that Cuban entrepreneurs could use to establish small businesses. However, under the new agreement and in a post-embargo environment, who is going to finance trade with Cuba and under what terms? Without U.S government guarantees for trade financing and insurance, neither banks nor companies will not extend credit.

Only Congress can nullify the Helms-Burton Act’s embargo provisions; and that will require restitution for confiscated property, a Castro-less government and a peaceful transition to representative democracy as fundamental requirements.

That will not occur anytime soon. In the meantime, we should curb our enthusiasm.

This column originally appeared in The Miami Herald on January 6, 2015.