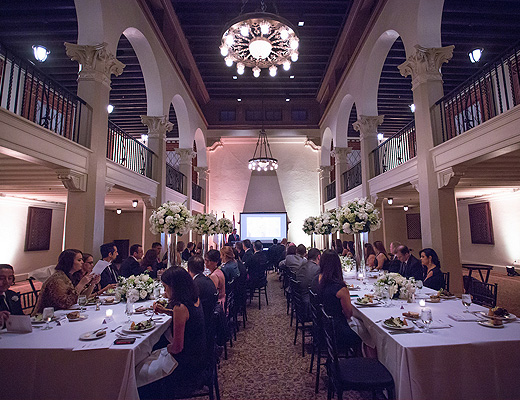 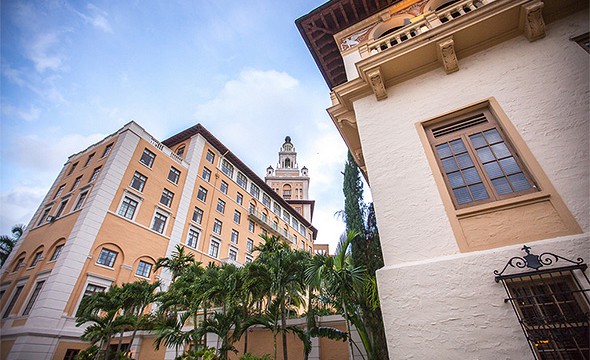 The setting was elegant and the congratulations were hearty as the latest class to be graduated from the Executive MBA program at Florida International University (FIU) gathered to celebrate. Members from this class of 23 elite executives and their guests enjoyed a Graduation Gala at the Biltmore Hotel in Coral Gables, Florida, on July 17, 2015.

After a cocktail reception, Angel Burgos, executive director of the program, and Jose Aldrich, acting dean of the college, offered welcoming remarks to the group.

“The best MBA students have restless, inquisitive minds that challenge assumptions and seek better, clearer solutions to business problems,” said Burgos. “Those were the qualities that made this class so engaged and will make them so successful in their careers. The status quo will never be good enough for them. They will always seek something better and never be content until they find it.”

Following dinner, Sergio Tigera, chosen as class spokesperson, reflected on how far the group had come since they first met in January 2013 during an immersion program in the Florida Keys.

“We were strangers coming from different backgrounds and a variety of careers,” said Tigera, named as one of the 2015 “40 Under 40” by South Florida Business Journal. “But learning from each other, growing together in our business knowledge, has made us more like family.” 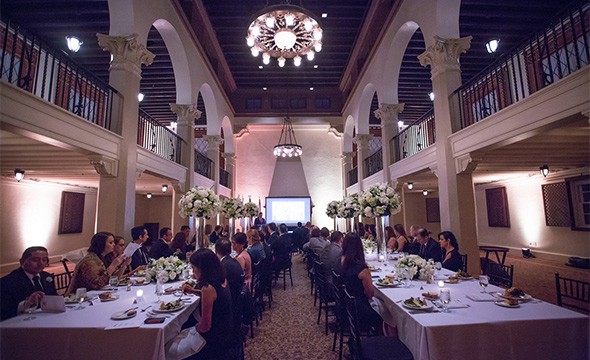 Tigera also reminded the class that the reputation of FIU’s EMBA program is now partly their responsibility. This program exclusively for senior executives was relaunched by FIU’s Chapman Graduate School of Business in January 2013 after a team completely deconstructed the program, spending an entire year and a half in designing and building an interdisciplinary curriculum that deals with complex, strategic decisions.

There was laughter and applause and a few groans as the audience enjoyed a video of the class’s experiences, produced by graduate Liz Ferreira with assistance from Tigera and Alex Casanova.

Joseph Sinicrope won both student awards given that evening: “Outstanding Performance” and “Exceptional Leadership.” Sinicrope works as a research scientist for the FIU Applied Research Center, after serving 20 years in the military. 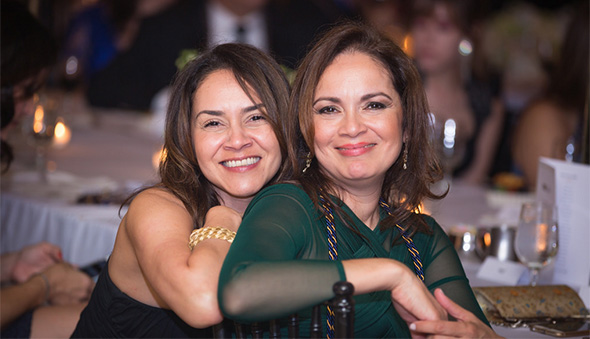 Each EMBA graduate was recognized by Burgos, and Stephen Barnett, executive faculty director of the EMBA program, made closing remarks.

Graduates are diverse, experienced – and ready for the next step in their careers.

This average age for this class of graduates is 42, with an average of 14 years of professional experience. They come from many different sectors, including Joe Gehr, a guest commentator on protection, security and terrorism for news organizations including CNN, FOX, CBS and NBC. With busy lives, the hybrid format of the 18-month EMBA program allows busy executives to complete online coursework and participate in face-to-face classes two times a month at FIU Downtown on Brickell.

“I have been at Caterpillar for 14 years and I chose FIU’s program because I wanted to get diversity of thought and opinions,” says Tigera, sales support manager, mining – Latin America. “I wanted to shed my tunnel vision and get an international view of complex situations and solutions. That’s what this EMBA did for me.” 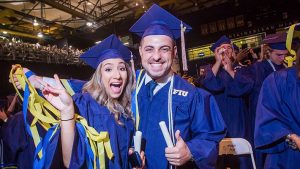