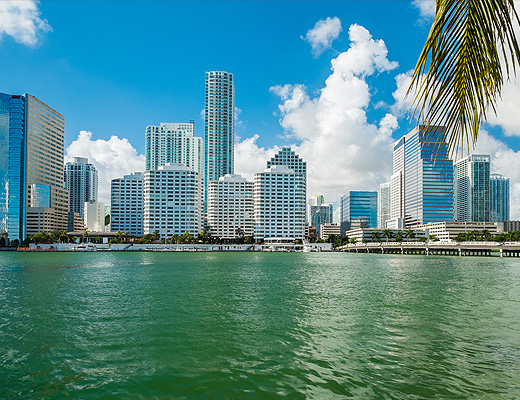 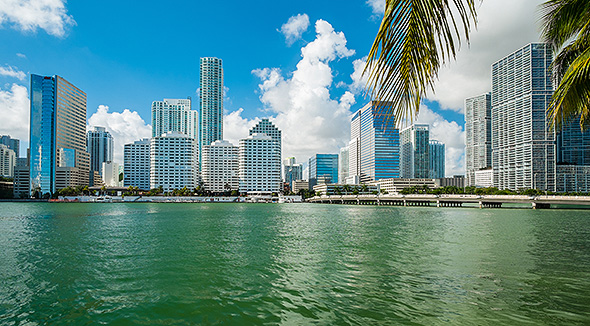 Do people tend to ignore looming problems until the wolf – or in this case, the ocean – is just outside the door? That may be the case, at least when it comes to certain pricey beach-front property, according to research by Eli Beracha, assistant professor at FIU’s Tibor and Shelia Hollo School of Real Estate.

Beracha, who teaches in the Master of Science in International Real Estate program at the College of Business, and fellow researchers correlated home prices with erosion rates in a seaside community in Dare County, North Carolina.

The results, which will appear a paper titled “The Capitalization of Land Erosion in Housing Pricing” in The Journal of Real Estate Literature, show that buyers are willing to pay top dollar for desirable ocean front property – even when predictable beach erosion means the sea will come creeping over time.

Prices only drop when the water is actually fairly close to the house. Beracha and his colleagues discovered that people paid little attention to the shrinking distance between the coast and a home until it was clear that the building might be at great flood risk.

“It’s very consistent with human behavior in other aspects,” Beracha said. “We don’t pay attention until it becomes an almost immediate problem. Then we consider and try to take action.”

While North Carolina beach erosion is a natural and predictable function unrelated to climate change, Beracha noted, the results can’t help but be interesting in South Florida, where not only is pricey real estate of perennial interest, but where sea level rise related to global warming may eventually have an enormous impact.

Beracha, who joined FIU last year, has a track record of conducting highly relevant research in the areas of real estate and finance. Since receiving his doctorate from the University of Kansas in 2007, he has published more than 20 academic papers in leading real estate and finance journals. He was awarded the prestigious 2015 Kinnard Young Scholar Award by the American Real Estate Society, and was included in a short list of “Grand Slam Authors of Real Estate,” comprised of authors who published in all five of the leading real estate journals during the 2000-2012 time period. He is also managing editor of the Journal of Real Estate Practice and Education and a cofounder of the Beracha, Hardin and Johnson Buy vs. Rent Index, widely referenced by the media and real estate community.

The North Carolina research got its start when Beracha was working at East Carolina University, in Greenville, N.C. The area, like South Florida, is at the mercy of tropical storms and hurricanes. Finance professors began talking about how storms impact real estate prices, and further brainstorming lead to the idea of collaborating with the school’s geology department, which had detailed information about seaside erosion. Pairing that data with analysis of sales of 13,000 properties from between 1996 and 2012 yielded a rich matrix of information.

Data about erosion is publically available, and must be disclosed as part of any transaction. Yet it was only when the risk was quite obvious that the price dropped, ranging from single digits to up to 50 percent in some cases, the research found.

“I’m always interested in research that is influenced by human behavior,” said Beracha, who has also consulted on real estate projects. “We know that people do invest with emotion.”

And for the record: the hurricane research done on the North Carolina home prices showed that while prices go down a small amount right before and after a hurricane, 30 to 45 days after the storm, they bounced right back up.