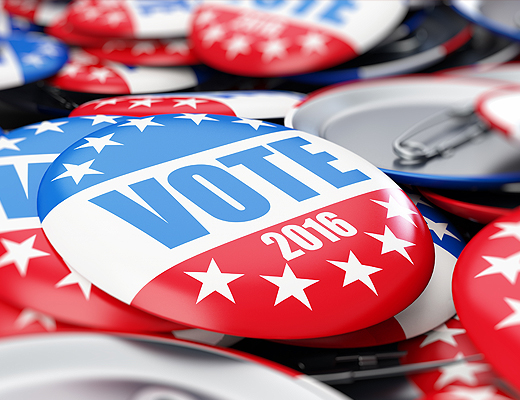 The toxic display of rude behavior and character assassination that has become a hallmark of this presidential primary season is matched only by the disturbing manifest ignorance by some of the candidates about economic issues.

We have heard, ad nauseam, epithets such as: “We don’t make things anymore…We keep sending our jobs overseas…China and Mexico are killing us on trade deals…The Chinese manipulate their currencies.”

Each one of these assertions, aimed at riling up the voting public, is absolutely false.

Let’s see what the truth actually is:

▪ “We don’t make things anymore.” This one is the mother of all lies. U.S. manufacturing is strong, growing larger, and more productive and competitive than ever — especially in machinery, electronic equipment, aircraft and vehicles, America’s top four exports. However, it is less labor-intensive as technology (including robots) substitutes humans — a global trend, impacting rich and poor nations alike, including China. Nonetheless, the $2.5 trillion U.S. manufacturing economy faces a shortage of 2 million skilled jobs over the next decade. Both foreign direct investment (FDI) and exports are drivers of America’s manufacturing competitiveness. FDI in manufacturing exceeds $1 trillion, with motor vehicles most prominent (e.g., Honda in Indiana, Nissan in Tennessee, Mercedes in Alabama, BMW in South Carolina). U.S. auto exports (2 million vehicles) set a record high last year.

▪ “We keep sending all our jobs and moving our factories overseas.” Despite all the hysteria over the U.S. outsourcing more and more of our jobs, it affects less than .2 percent of employed Americans. Less than 20 percent of workers affected by outsourcing lose their jobs; the rest are repositioned within the firm. In recent years more and more companies have been backsourcing — bringing outsourced work back home. As for “runaway plants,” many of those overseas plants source inputs from the United States. The Mexican operations of Ford and GM, for examples, source 65 percent-75 percent of their components from U.S. plants.

▪ “China and Mexico are killing us on trade deals.” The United States has no free trade deals with China. As for Mexico, part of NAFTA along with Canada, trade has increased 632 percent since the accord was implemented 22 years ago. It now equals over $1 trillion and produces a trade surplus for the U.S., not a deficit. Here’s the math: Mexico sold $290 billion to the U.S. in 2014 — $166 billion was U.S. content, which added to the $240 billion we exported to Mexico renders a surplus for the U.S. of $162 billion. As for other trade deals, next up on the docket is the Trans-Pacific Partnership involving the U.S. and 11 signatory countries. Opposed by a number of the candidates, the agreement eliminates over 18,000 different tariffs on American exports and includes the strongest worker protections of any agreement in history.

▪ “The Chinese are manipulating their currency.” The fact is that every central bank — including the Fed — has the legal monopoly power to fix its exchange rate to achieve price stability or full employment. The U.S. does this through the federal funds rate. It is comparative advantage that drives trade regardless of monetary policy. From 2004-2014 the dollar depreciated 25 percent against the yuan while our deficit with China more than doubled! Nevertheless, as the yuan continues to gain value, expect China to buy more goods and services from the United States; to invest more here ($36 billion currently); to purchase more government securities and to send us more tourists and students.

The xenophobic, protectionist rants of neo-populists of both the left and right prey upon the anger, fear, and limited economic knowledge of voters.

The American people deserve better from those who vie for the highest office in the land.

At the same time citizens have the responsibility to educate themselves to learn the facts and make the most sensible presidential choice for in November.

Jerry Haar is a business professor at Florida International University and a Global Fellow at the Woodrow Wilson International Center for Scholars in Washington. He is also a research affiliate of the David Rockefeller Center of Latin American Studies at Harvard University. The opinions expressed in this column are the writer’s and do not necessarily reflect the views or opinions of either FIU or the College of Business.

This column originally appeared in The Miami Herald on March 6, 2016.