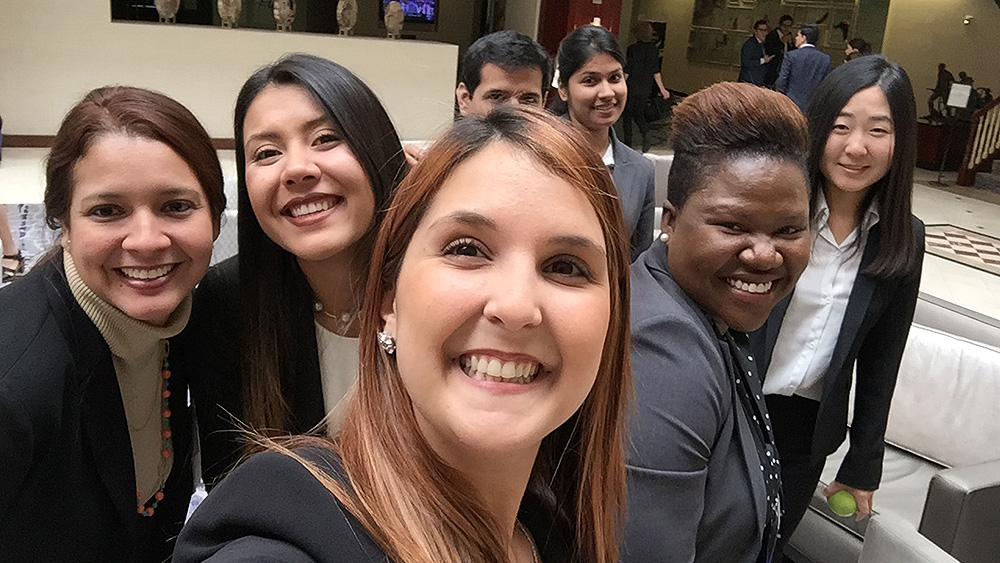 College of Business students Leslie Cambria and Ricardo Arcentales, both members of FIU SHRM, the local student chapter, faced-off against 13 teams in the national competition for human resource majors. They competed against the University of North Texas in the final round, held April 30 in Salt Lake City, Utah.

“It’s amazing what our students are doing,” said Marc Weinstein, director of the 12-month Master of Science in Human Resource Management program and clinical professor, Department of Management & International Business. “It’s the strength of our programs that prepare them for events like this one.”

“We have a comprehensive program with specialized content spanning the entire spectrum of human resources concepts.”

The SHRM competition’s case focused on the fictitious Frostburg Fit gym, a fast-growing business with a high profile in the community, negatively affected by low employee morale and increased member dissatisfaction. An employee’s performance was steadily declining upon taking a second job at a competitor, Arcentales explained.

“They didn’t have policies in place for employees working at other places,” he noted. “We analyzed the situation and decided to hire a human resources director who would implement clear company policies, performance appraisals and keep employees on track.”

Upon receiving the case scenario, participating students had to analyze the situation and submit a PowerPoint accompanied by an executive summary to SHRM. On the day of the actual competition, each team made a live presentation before a panel of judges.

Coached by John Williamson, human resources manager at Mariners Hospital, FIU’s Arcentales and Cambria examined the costs and benefits Frostburg’s owner would face by hiring a human resource specialist. They developed the job description for the new position as well as duties and responsibilities.

“We wanted a solution that would deal with the employee without firing him,” said Cambria. “The company didn’t have a way of doing that.”

One of the biggest challenges for the duo was time. Competition deadlines coincided with final exams and the HR Career Development Day at MMC. Another was manpower, as most teams in the competition had five or six members, and FIU’s had two.

“We were working against the clock,” said Arcentales of his first SHRM competition, which he described as “terrifying.”

After the presentation, the judges highlighted the College of Business team’s strategy and the on-stage chemistry between Arcentales and Cambria. Their missteps were identifying the source of funding for the HR director’s position and lack of concrete steps to execute their plan.

“We’ve developed a comprehensive program with specialized content covering the full spectrum of human resources concepts,” said Weinstein. “Our student chapter, which took a long time to become a reality and now has nearly 30 members, also helped create the environment.”