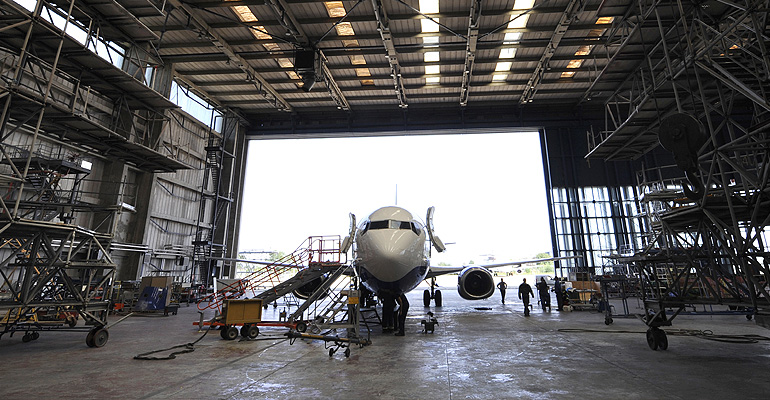 That the presidential campaign is shamefully and frightfully nasty, no one can deny. While both candidates have been accused of playing fast and loose with the truth, it is Donald Trump who emerges as the clear winner in the Electoral College of Mendacity.

His incessant regurgitation of falsehoods, delivered passionately and convincingly, are accepted as gospel by his minions and go unquestioned by a recalcitrant press fearing he may deny them access. Yet, according to Politifact 91 percent of Trump’s pronouncements are blatantly false.

In the economic domain, the Republican candidate’s two mantras are: “We don’t make things anymore!” and, relatedly, “We’re going to bring those [lost] jobs back to America.”

If the first claim were true, would someone kindly inform the 12 million workers and 14,000 member companies of the National Association of Manufacturers who contribute over $2.2 trillion to the U.S. economy? If the second promise were to materialize, is the American public prepared to pay $2,000 for a 100 percent Made in the USA iPhone 6 versus one produced in Asia that sells for 75 percent less?

The reality is that manufacturing is, indeed, alive and well in America — just leaner, less labor intensive, more efficient, and driven by a relentless quest for quality. Consider Intel chips, KitchenAid mixers, Post-It notes, Viking ranges, and Harley-Davidson bikes — not to mention Boeing’s 787 Dreamliner, assembled in South Carolina and Washington with over 70 percent of the components supplied by U.S. firms.

A bit of a manufacturing renaissance is occurring with notable employment growth in the Detroit-Dearborn metropolitan area, Toledo, Nashville, Savannah, and Columbia, S.C. The overwhelming number of manufacturing firms are small (fewer than 20 employees) but the average wage in manufacturing exceeds $80,000.

Of the nearly $3 trillion in foreign direct investment in the U.S., the largest share is manufacturing that employs more than 2 million workers. The major German, Japanese, and Korean automobile companies produce both mid- and high-end cars and trucks across the country.

To illustrate, last year Toyota announced it is expanding its powertrain operations in Ann Arbor as part of a $126 million investment at its Technical Center. And while offshoring in manufacturing and plant relocation will continue for reasons of cost reduction and/or to serve customers in offshore markets, a Peterson Institute study by Theodore Moran and Lindsay Oldenski found that in a great many cases offshoring is accompanied by domestic expansion — routine tasks shipped offshore and more complex ones retained and expanded at home.

As for bringing back lost jobs, while it is true that trade agreements like NAFTA, along with China’s admission to the World Trade Organization, have resulted in job losses in selected industries, many of the jobs were relatively low-paying, low proficiency factory positions in industries like furniture, housewares, electronics, and steel; and many others that disappeared were due not to offshoring to Mexico or China but to automation.

Technology — not trade accords — is the main reason for job losses in the manufacturing sector. The Boston Consulting Group estimates a 22 percent decline in manufacturing employment by 2025, all due to robots. Even our competitors in emerging markets are shedding manufacturing jobs at a fast pace.

The good news — unreported by protectionist-oriented politicians — is that many jobs in selected industries have been coming back. Rising wages in China, yuan appreciation, lower U.S. energy costs, productivity improvement, and the need for shorter supply chains have led multinationals like GM, Whirlpool, GE, Otis, and Caterpillar to not only move more of their operations back to the U.S. but to build new plants and expand existing ones. For example, several years ago GE announced plans to invest $1 billion in an appliance plant in Louisville, bringing back 4,000 jobs from China and Mexico.

The bottom line is that the U.S. manufacturing sector remains strong but is structured differently than decades ago — it is more capital and technology intensive than labor intensive. While the sector has added a huge 700,000 jobs since 2010, it is not an employment generator; and labor content will continue to shrink as automation and productivity improvement intensify. More than 80 percent of all jobs nationwide are now in the services sector; however, one should note that 17.2 million of these are supported by manufacturing (e.g. service technicians).

The prime beneficiary of U.S. manufacturing, whether performed onshore or offshore, is the American consumer. Both candidates should bear this in mind when engaging in a (hopefully) informed and honest debate on the future of the U.S. economy.

Jerry Haar is a Public Policy Fellow at the Woodrow Wilson International Center for Scholars in Washington, D.C., and a business professor at Florida International University. His latest book is “Innovation in Emerging Markets”.

Jerry Haar is a Public Policy Fellow at the Woodrow Wilson International Center for Scholars in Washington, D.C., and a business professor at Florida International University. His latest book is “Innovation in Emerging Markets”.

This column originally appeared in the Miami Herald on September 7, 2016.