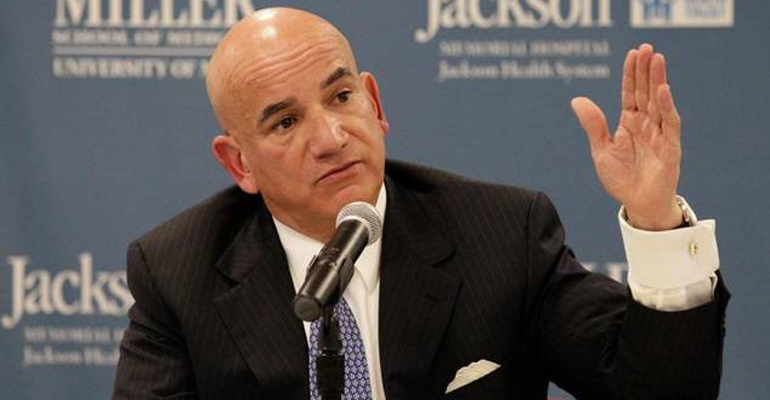 Over the course of a 40-year career, Carlos Migoya has faced numerous challenges. Many have opened new doors and opportunities.

In 2011, when he became CEO of Jackson Health System, it had lost $419 million over the course of three years. He began a financial turnaround of Jackson, Miami-Dade County’s $2-billion-a-year public health system anchored by Jackson Memorial Hospital, that served to reverse years of massive losses and produced a surplus of more than $8 million. While skeptics called it an unsustainable blip that would be followed by tumbling volumes and revenues, Migoya and his team proved otherwise, delivering a surplus of more than $51 million in 2013, more than $50 million in 2014, and $58 million in 2015.

“You have to try, face the challenges in your career and most importantly, give it your best shot,” said Migoya.

On October 27, Migoya (BBA ’74, MBA ’76) will share his story with the FIU community as part of the Herbert A. Wertheim Lecture Series at the College of Business. Since 1993, the ongoing series has brought distinguished speakers and experts in business leadership and entrepreneurship to FIU.

“I learned early on in my career that creating a vision for the future would help me succeed and overcome any challenges,” said Migoya. “My education also taught me to tackle challenges as a team, and helped me see the value and leadership skills each person in the team brought to the table.” 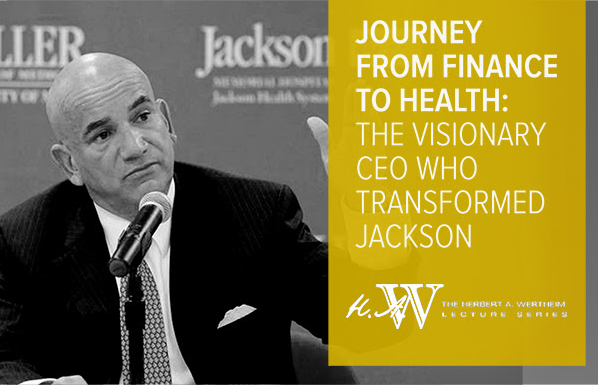 Be aggressive and be a risk-taker.

Before joining Jackson, Migoya spent 35 years in the banking industry and 10 months as city manager for the City of Miami. He started his career with Southeast Bank in 1974 and served as an executive with the bank through its various acquisitions and mergers through 2007. He served as regional president of Wachovia in North Carolina and the CEO for the Atlantic region.

He credits FIU with empowering him to be a person of transformation, an important factor to his success in overcoming challenges.

Migoya promises to share wise words and inspiration with students at the Wertheim Lecture, highlighting the importance of internships and mentorship programs, both important to gaining career experience.

“This is the time to learn and absorb all the knowledge you gain, and most importantly, start putting it into practice,” said Migoya. “Don’t be afraid to make mistakes – they can lead to great successes and be great learning opportunities.”

The Wertheim Lecture featuring Carlos Migoya will be held October 27, 2016 at 8 AM in the CBC Special Events Center 232.