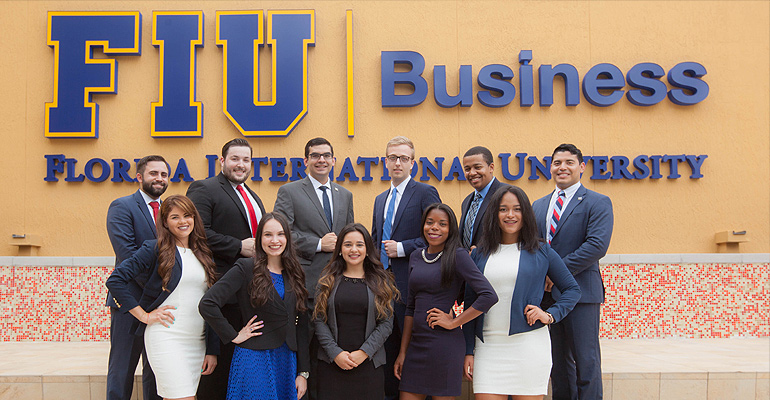 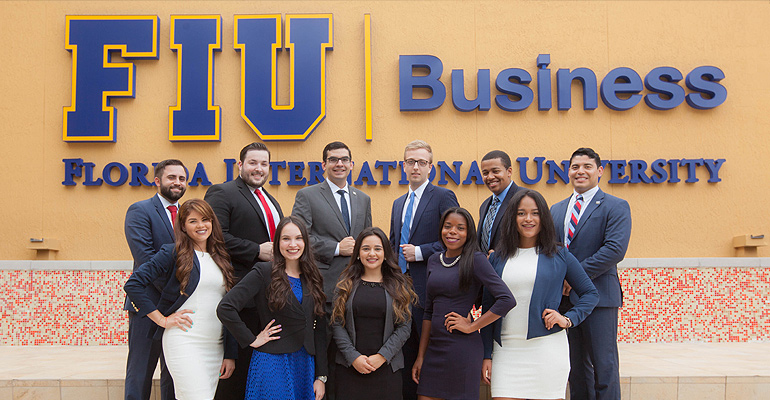 ALPFA FIU, the largest student organization in the College of Business at Florida International University (FIU) has been named the Southern Region 2015-16 Student Chapter of the Year by ALPFA, the Association of Latino Professionals For America. The chapter received this honor at the national convention held this year on August 5-9, 2016, in Dallas, Texas.

“We were very excited to hear the news,” said Diego Trujillo, president of ALPFA FIU, who reported that 50 members of the FIU chapter attended the event. “Everyone knows who FIU is at the convention. We are enthusiastic, we get involved and take advantage of event opportunities.”

Trujillo said chapters are judged on how well they provide opportunities for their members throughout the year.

“ALPFA FIU members participated in our professional development events such as workshops on resume writing and interviewing skills,” Trujillo said. “We also are the only chapter in the nation to host a career fair, the annual Ahead of the Game Expo which focuses on Accounting, Finance, and Management Information Systems opportunities, which we host along with Beta Alpha Psi.”

Chapter proves to be a leader in more ways than one.

Chapter advisor Tessie Brunken (MS ’86, BBA ’81) credits the ALPFA FIU executive board for once again bringing Southern Region Student Chapter of the Year title to FIU, a distinction that’s happened 10 out of the last 14 years.

“Our challenge is to distinguish ourselves not only from other universities but also from what ALPFA FIU has achieved in other years,” she says. “This executive board of very strong students works tirelessly to do just that.”

Brunken pointed out that the membership of the national organization has grown significantly over the past three years, making competition for titles “very fierce.”

She also reported that recently a marketing executive from the national organization visited ALPFA FIU to help develop best practices for chapters nationwide.

“He remarked that everyone told him to come to FIU to see a dynamic chapter that is creating exceptional opportunities for students,” Brunken said.