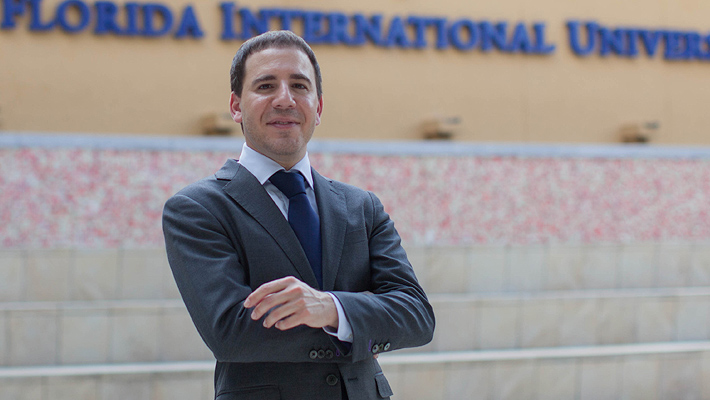 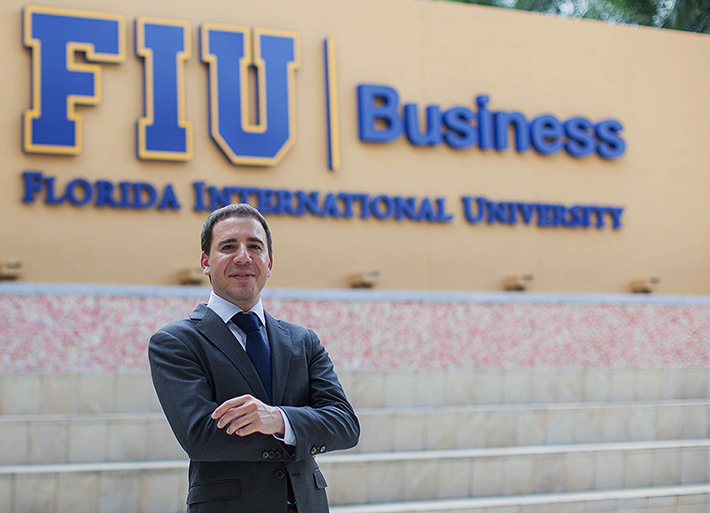 A pioneer in a pioneering program.

Over a decade ago, as Adam Lotterman worked as an environmental consultant advising on real estate deals, he discovered that he wanted to be on the other side of the table and realized he needed specialized education to make that happen.

He turned to FIU’s Hollo School of Real Estate, enrolling in a real estate finance class that would help launch the school’s Master of Science in International Real Estate (MSIRE) program.

“The program gave me the tools and intellectual training that built the base of my career,” said Lotterman, co-founder of Bluerock Fund Advisors and co-portfolio manager of its Total Income+ Real Estate Fund. “Understanding the theory behind the practice allows you to continue to learn throughout your career, and that drives success.”

After graduating first-in-class from the MSIRE’s program first cohort, Lotterman said that the decision to enroll was the right one. The degree opened doors to what he described as tremendous opportunities.

Lotterman joined Bluerock in 2012 and co-founded Bluerock Fund Advisor and is Senior Portfolio Manager of Total Income+ Real Estate Fund (NASDAQ: TIPRX). Before that, he served as senior valuation analyst with Bayview Asset Management, a hedge fund that specializes in distressed debt. There he led a team involved in the valuation and potential acquisition of distressed loan portfolios from $100 million to $40 billion.

From 2005 to 2010, Lotterman served as the senior analyst for Goodkin Consulting, where he developed extensive experience in real estate consulting, research and analysis on a national level.

“Good things don’t happen randomly and the MSIRE degree is what set up my career,” said Lotterman. “It put me in a position to succeed. The rest was up to me.”

Throughout his career, Lotterman has given back to students seeking a career in real estate. He was an adjunct professor at Nova Southeastern University where he taught Real Estate Market Analysis and has been a recurring guest lecturer at FIU.

“I did the same thing they did for me: give students the right foundation,” he added.

A key to success

Ten years ago, FIU’s College of Business established the MSIRE program with a clear mission: to provide graduates with the vision and skills to become leaders in an increasingly global real estate market. The program has grown into national prominence and is shaping the next generation of real estate leaders.

FIU’s MSIRE program counts 91 current students and 322 alumni. The Hollo School is ranked #1 in the U.S. and #2 globally for real estate research by the Journal of Real Estate Literature.

As MSIRE celebrates its 10th anniversary, Lotterman looks back at the course to analyze an increasingly unique Miami real estate marketplace.

“It’s interesting to see Miami’s growth in all commercial property sectors and now the condominium market,” said Lotterman. “Major transactions over the past five years are signs of how far the city has come. With the growth of the educational, cultural and entrepreneurial sectors, Miami is now recognized as a world-class city.”