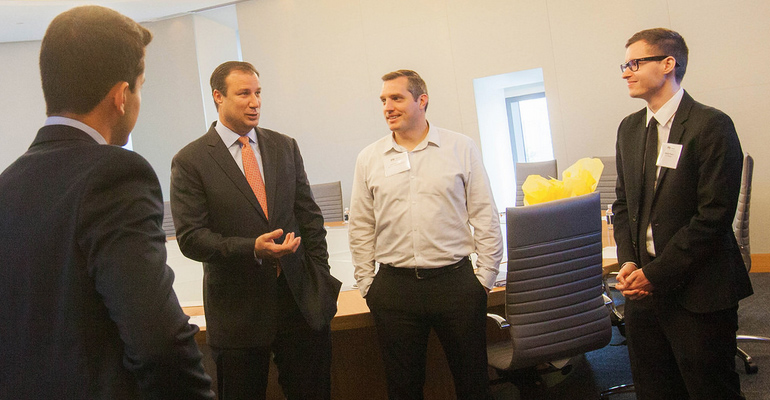 “Be a sponge; take in from everyone you’re going to meet,” said Tundidor (BAcc ’92). “Curve balls will get thrown, don’t let them knock you down or derail you.”

Several students at the meeting spoke of how the EY scholarship opened doors they saw as closed and of the confidence instilled in them by the firm’s mentors.

“Three years ago I had an epiphany and realized I wanted to be an accountant,” said Jessica Deich, who graduated with a Bachelor’s in Accounting and Management Information Systems in 2016. “I quit work and became a full-time student. The scholars program gave me the chance to focus on important things.”

Established in 2014, the EY Scholars Program provides support for undergraduate School of Accounting students who intend to pursue a master’s degree in accounting.

A group of College of Business alumni from EY awarded a gift of $128,000 for scholarships. The EY Scholarship is available beginning in students’ first year of undergraduate through their graduate studies and is renewed annually. 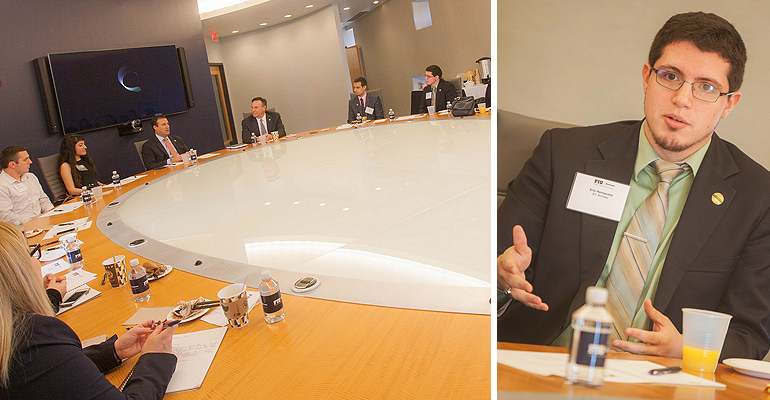 “Our students know what you have to go through to get there, the struggle to be successful,” said Jose M. Aldrich, acting dean of the College of Business. “We are grateful for the scholarship support that enables them to focus on their studies.”

Jefferson Johnson, an EY campus recruiter attending his first roundtable with FIU students, pointed out that the university is a key component in the firm’s efforts to “do the best we can for students and build a better working world.”

EY Scholar Adam Fernandez began his college career studying music, a piano major, and later traveled to Austria as part of the Honors College, hoping to determine if music was truly a passion or a hobby. Today he has a BA in Accounting, is an intern at MBAF accounting firm in Miami, and is preparing to enter graduate school.

“The scholarship is more than just money,” he said. “The recognition I get is a boost of confidence that can help me move forward.” 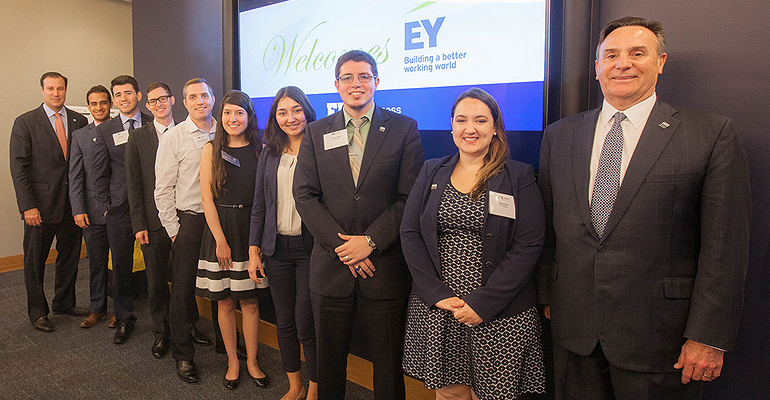 Tundidor was surprised that many of the scholarship students began their studies in other fields and ultimately found their way to accounting.

It’s a story he can relate to. His parents, Cuban immigrants, owned small businesses and it was their work ethic and can-do attitude laid the groundwork for his success, Tundidor noted.

He contemplated following their footsteps and at one point aspired to be a catcher for the New York Yankees, “but I didn’t know what the rest of the world had to offer.”

As a student at FIU, Tundidor majored in accounting and started his career at KPMG’s audit practice. In 2000, he joined EY.

“Twenty five years later, I’m still in accounting and I love what I do,” said Tundidor. “You have to keep that passion going, otherwise you’re just part of the pack. I am fortunate to work for EY, a firm with ‘building a better working world’ as its purpose, and give back to the students in the College of Business.”