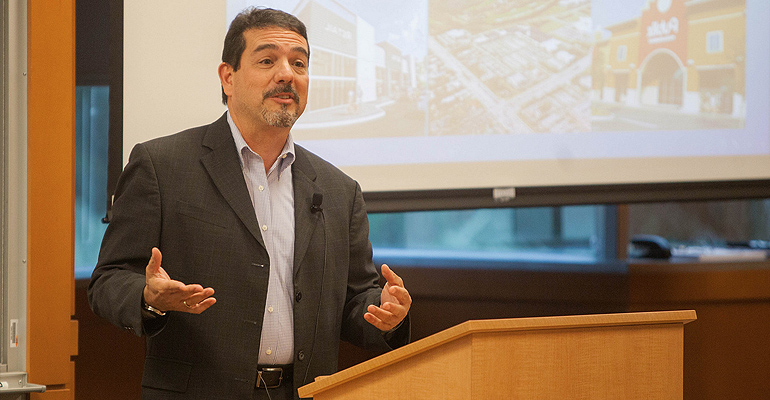 Associate Professor Antoinette Smith has been appointed to the board of the Federation of Schools of Accountancy. Smith was also named one of Miami’s Top Black Educators 2017 by Legacy Miami magazine, published July 17, 2017.

Department Chair Shahid Hamid was quoted in a story titled “In booming South Florida, another Hurricane Andrew could be a $300 billion catastrophe” that ran in USA Today, August 22, 2017.

Clinical Professor Jerry Haar co-authored an article titled “Good corporate citizenry, no longer a choice but a necessity” that appeared in Latin Trade magazine, August 15, 2017. Haar also authored a column titled “Trump hates NAFTA, but it has made Florida a jobs winner,” which ran in the Miami Herald, July 31, 2017.

Associate Professor Ronaldo Parente recently presented a paper titled “Creativity as a high-level resource in the international involvement of the firm,” at the annual Academy of International Business meeting held in Dubai, July 2-5, 2017, for which the authors received the “That’s Interesting” Best Paper Award and a $1,000 prize. Parente also was named an associate editor of the Cross Cultural & Strategic Management journal.

Assistant Professor Curba Morris Lampert co-authored a paper titled “When Dinosaurs Fly: The Role of Firm Capabilities in the ‘Avianization’ of Incumbents during Disruptive Technological Change,” which has been accepted for publication by the Strategic Entrepreneurship Journal. Lampert has also been appointed to the editorial board of the Strategic Management Journal.

Instructor Nancy Richmond was quoted in a story titled “We’re all teched up if the Big One strikes” that ran in the Miami Herald, August 21, 2017.