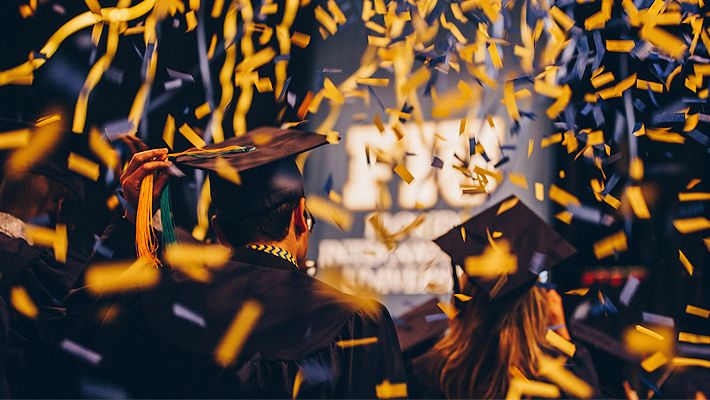 The College of Business had six exceptional students named as Worlds Ahead graduates for Fall, 2017. Each was applauded for their accomplishments by FIU President Mark B. Rosenberg at commencement ceremonies for College of Business students on December 16 and 17, 2017, commending them for overcoming challenges and demonstrating leadership. 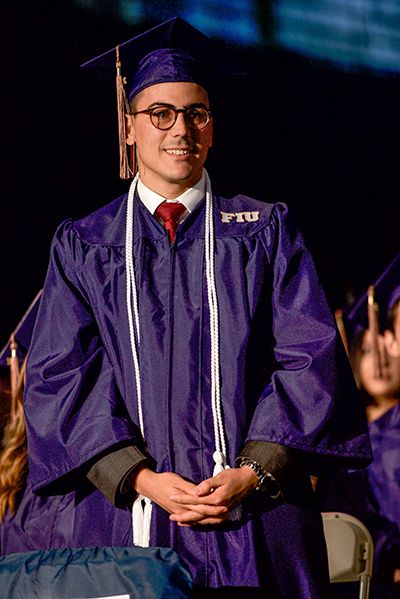 Argenis Bouza works hard, not only toward his own success, but to inspire others. He was a high school junior with a 1.8 GPA when he decided to focus on academic success. By graduation he boosted his GPA to 2.8 and went on to complete an associate’s degree at Miami-Dade College.

At FIU he discovered a passion for finance. He rose to president of the Phoenecian Investment Fund, and focused on developing freshmen and sophomores into young professionals through a new initiative. Argenis founded PIF JumpStart, a semester-long program that gives 10 freshmen who have overcome adversity the tools and opportunities to build a powerful, sustainable professional network. Now in its second year, PIF Jumpstart has sent its first cohort of students to internships at Bank of America, JP Morgan, Amazon, and others. Argenis also led a successful team to the Quinnipiac GAME Forum in New York and the National Investment Banking Competition in Vancouver.

Last summer Argenis interned on Wall Street for JP Morgan. After graduation he will return there full-time where he will be working within the bank’s Asset Management division. 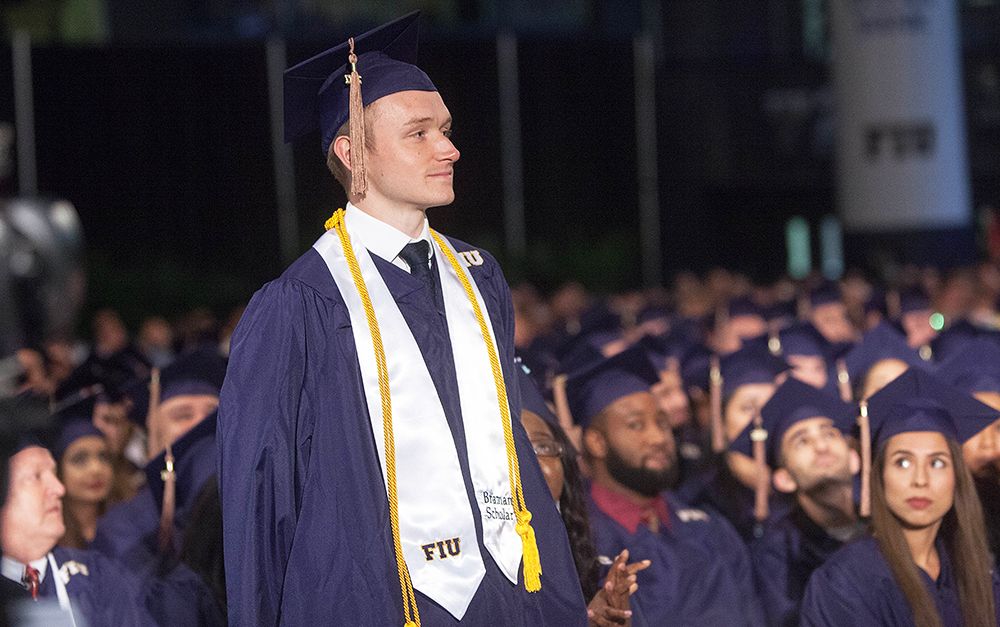 Entrepreneurship has been a constant in Jordan Johnson’s life. From a young age he wanted to start a business, and he launched three in eight years.

Within a month of arriving at FIU from France as a transfer student in 2016, Jordan launched Clutch Couture Bags, a luxury handbag rental service. He was one of 15 Miami-area business owners from a field of 160 selected for StartUP FIU EMPOWER, a 14-week business accelerator program.

In January Jordan will start as a district manager at ALDI grocery chain, a job that evolved from a summer internship via Career Management Services’ Career Fair to a full-time position. In September 2017, he became ALDI’s first-ever Student Ambassador for FIU. 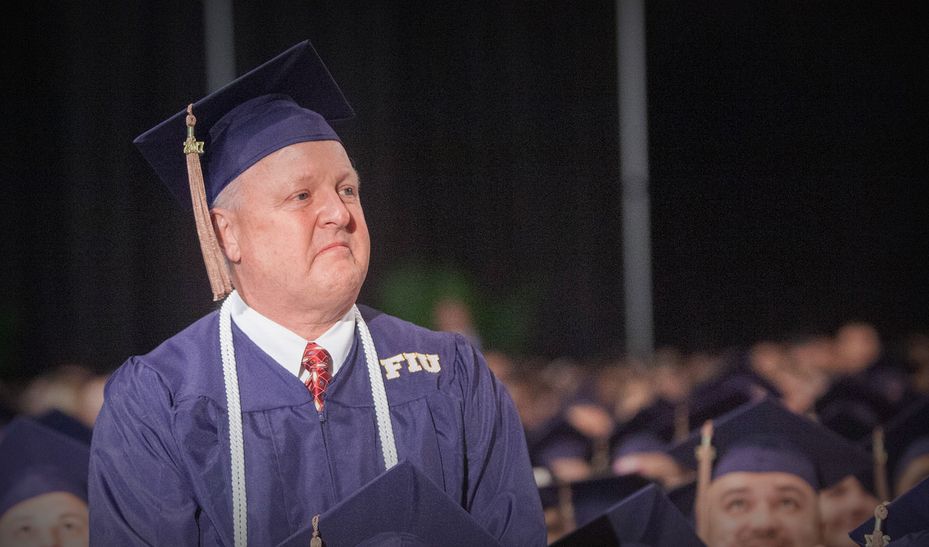 Scott Mills began his FIU studies in 1978 as he worked the overnight shift at a rental car company.

Married with two children, balancing work, family and school became too demanding, and he left FIU the following year to focus on his career. Finishing his education often felt like a distant dream. Yet, he always remained determined to earn his university degree.

When he returned to FIU, he approached his studies with determination, earning a 3.7 GPA since re-enrolling.

Scott is now 60 years old and has nine grandchildren. And while he wouldn’t recommend the 38-year plan as the best way to complete a degree, one of his goals is to inspire others to engage, and persevere. He also credits his wife and his mom, who asked him every day how his team projects were going—and now wants him to continue on for a master’s degree. 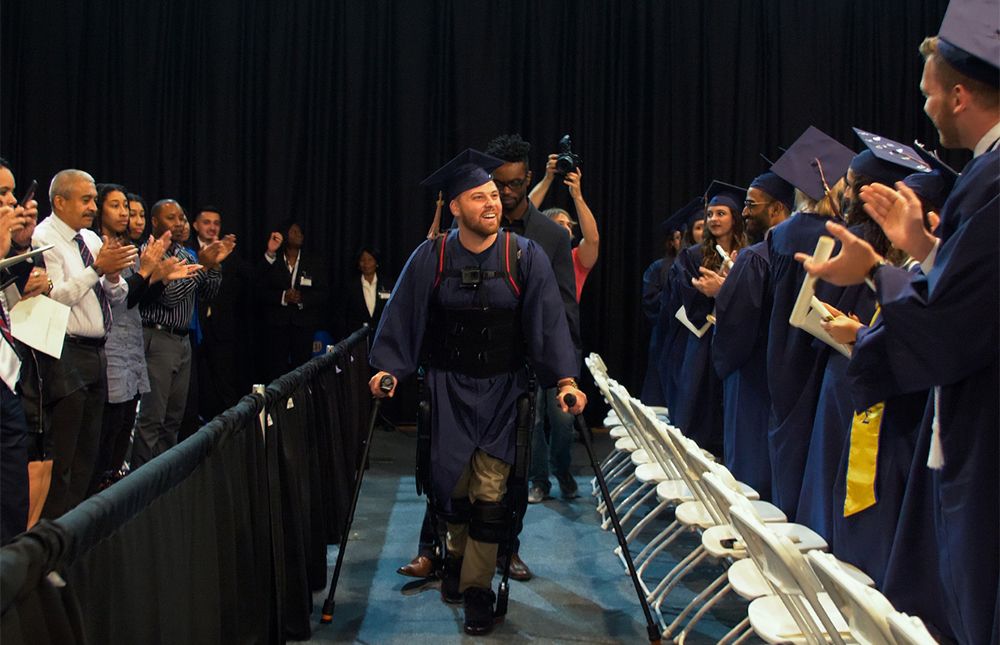 A fierce determination to defy medicine and walk across the stage to receive his diploma have guided Shane Mosko for the last five years. After a car accident in 2012, Shane spent 30 days in a coma, waking up to learn he was paralyzed from the waist down and would never walk again.

He promised himself that wouldn’t be his reality. Today, Shane is able to get up and walk without assistance. He has been a key participant in the roll-out of a robotic exoskeleton developed by Ekso Bionics and serves as an ambassador marketing the product.

Born and raised in South Florida, Shane moved to Connecticut his junior year of high school where he completed his associate’s degree. He transferred to FIU to begin his bachelor’s with a double major in marketing and international business.

His condition has never held Shane back. In the summer of 2015, he studied abroad, visiting Spain, France, Portugal and the Azores.

As an Ekso ambassador, Shane has visited hospitals and rehabilitation centers, as well as international cities, showcasing his experience. In November he traveled to China, showing off an exoskeleton there for the first time.

After graduation, Shane will continue his work as an ambassador for Ekso Bionics. He also plans to eventually pursue an MBA. 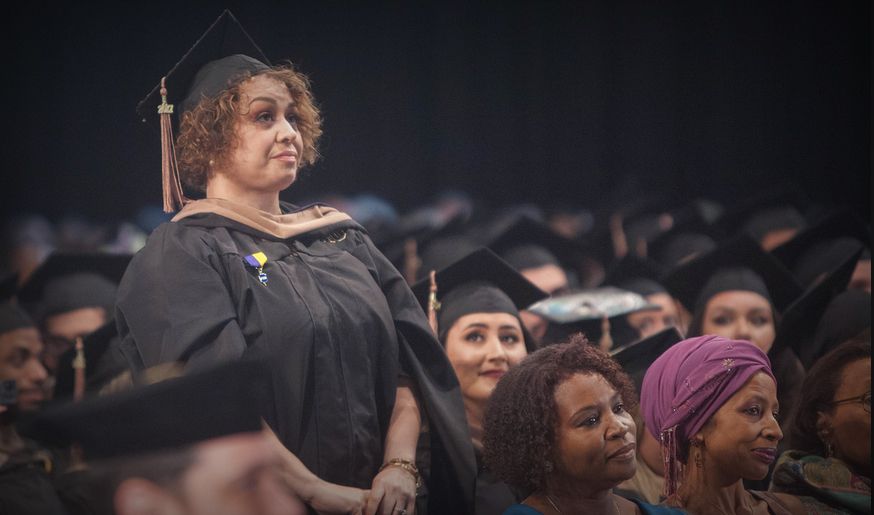 When she was a child, Michelle Zambrana’s father, a Vietnam War veteran, struggled with alcoholism and PTSD. When she was a college student, he was murdered, and she fell into a depression. As she struggled through poor grades and a series of odd jobs she made herself two promises: She would not let the unfortunate events of her past dictate her future, and she would become a role model for others.

She joined Team in Training, raising $18,000 for the Leukemia and Lymphoma Society and finishing a full marathon and five half marathons. At age 27, she was chosen for an internship that led to a full-time job at FleishmanHillard, the third largest global PR agency.

Yet, as her career flourished, personal challenges followed: a severe case of post-partum depression after the birth of her son. She started a blog, HealthyFatChick.com, where she encourages women to be their healthiest selves. She became a contributor to BabyCenter Latino, battling the stigma of mental health issues in the Latino community. She was recognized in 2016 as a Lincoln Motor Company woman of impact for this work, and her firm named her Team Player of the Year.

Equipped with new insights and an extraordinary cohort of new friends from FIU’s Master of Science in Marketing program, Michelle’s next adventure takes her dream to new heights: writing a book, and growing her blog as a motivational platform to inspire others to dream big, and make the impossible, possible. 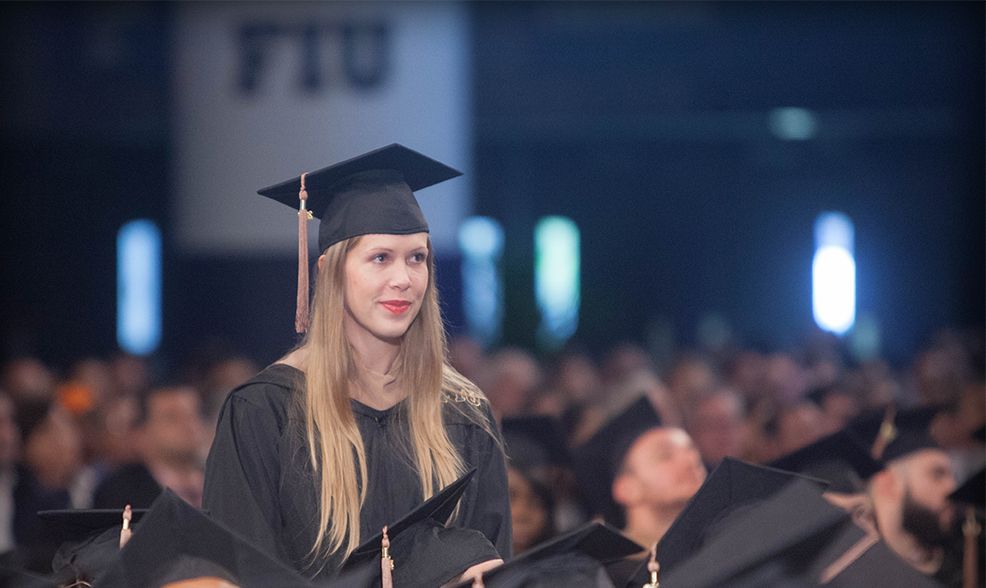 The environment has been a fundamental interest of Britany’s since the 4th grade when a teacher inspired her students to be catalysts of change. Britany started a recycling program to raise funds to adopt an animal at the zoo.

A firm believer that science, the built environment and nature need one another to thrive, Britany was determined to make positive changes and help South Florida’s residents improve their quality of life.

She obtained a bachelor’s degree in environmental science at the University of Florida. Just as Britany entered the professional MBA program at FIU, she was promoted to executive director of the non-profit Citizens for a Better South Florida, which provides community-based environmental education, preservation efforts and urban forestry initiatives.

Britany has worked on restoring habitats with the City of Miami Parks and Miami-Dade County, implementing a program to promote increased urban tree canopy and planting of native trees, and overseeing an environmental science-focused workshop for students.