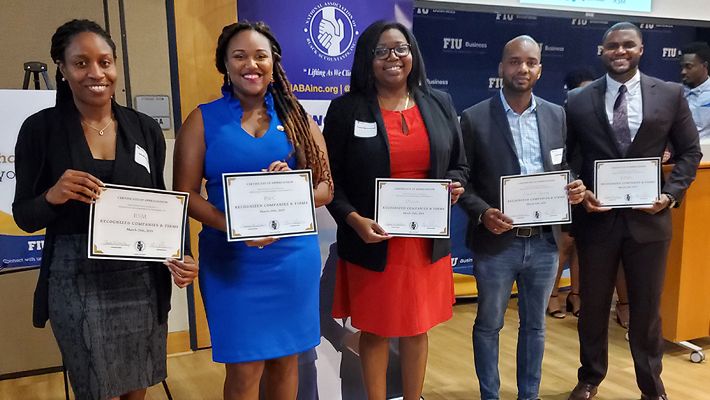 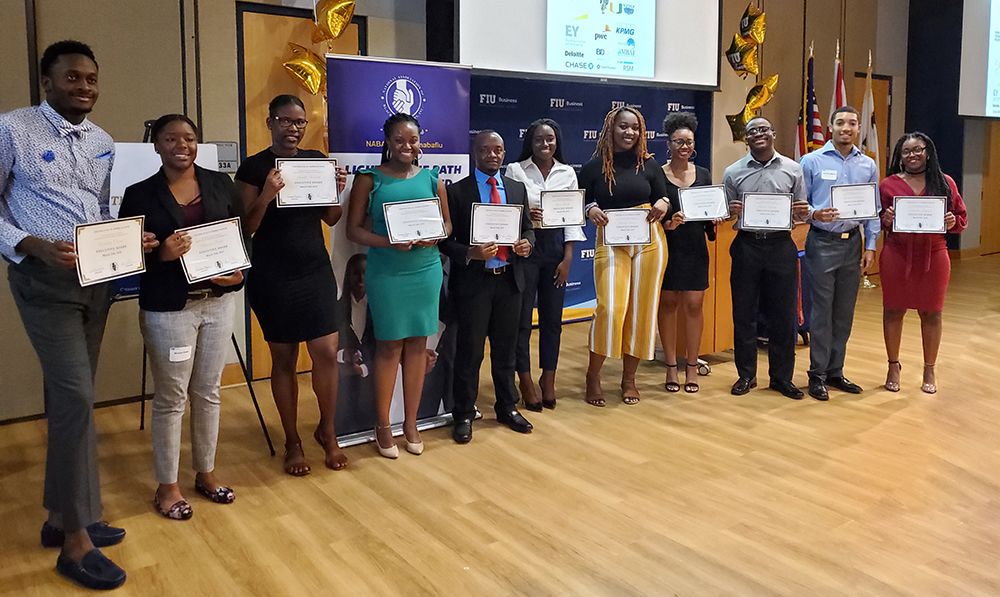 When Ken Bouyer looked around his starting class of 130 at Ernst & Young in 1990, he noticed only four other faces resembling his, filling him with doubt about whether he’d made the right decision and could succeed at such a place.

Without knowledge of any professional organizations catering to them, the five would sneak off to Houlihan’s restaurant once a month for the camaraderie it offered.

“We left at different times because we didn’t want people at the firm to think we were trying to take over,” Bouyer quipped. “I started learning a lot from people who looked like me.”

These days, he told student members of the National Association of Black Accountants (NABA) from FIU, UM and FAU, such camaraderie is easy to find, thanks to the now-robust organization.

“You are all family,” Bouyer told the students. “You will soon be in this profession and will need your brothers and sisters to call upon.”

Bouyer spoke at an evening meeting hosted by NABA FIU at the Special Events Center at FIU’s MMC on March 25, 2019 honoring corporate NABA sponsors (including the Big Four accounting firms, with representatives all in attendance). As the keynote speaker, Bouyers referred throughout his talk to living NABA’s inspirational motto, “Lifting As We Climb.”

“We are counting on you to lift the next generation,” Bouyers said. “There are a number of people in your lives who took time to lift you. You owe them to be great. Average is your enemy; complacency will kill you.”

NABA, he said, offers a place to laugh and cry – and a hand to lift those who are ready to take it.

“Corporate America doesn’t owe any of you a thing,” he said. “What are you bringing to the party? Some of you are getting it done. Some of you are playing video games, tweeting, partying too much. If you want to be successful, what are you willing to ante up?”

One essential ingredient to success, he said, is grit. “You will get punched in the face along your journey. The question is, do you have the fortitude to get back up? Are you tough?”

“Don’t tell me the sky is the limit when there are footprints on the moon.”

FIU professor Antoinette Smith helps her students reach for the moon, taking on the role of NABA faculty advisor last year. “I have so much to be grateful for,” Smith said. “I went to a university where I was the only minority in the classroom. I did not know about NABA. It means so much.”

Wiping tears from her eyes and turning toward the corporate sponsors, she continued, “People start saying, ‘Hey, I got your back.’ As professors, we lift people up all the time, but when corporate comes and lifts you up so you can lift other people up, that’s absolutely the most amazing thing!”

When a dozen business students gathered last year to relaunch NABA’s dormant FIU chapter, they sought to create a support network for business students of color.  Today, under Smith’s leadership, the chapter is thriving with 35-plus members that maintain a vigorous schedule, including: speakers from Big Four firms, LinkedIn profile critique sessions, leadership symposiums, career preparedness workshops and national and regional conferences.

Marc Villanueva, president of NABA Miami, remembers how impressed he was when he visited as the FIU chapter launched. He told the students they were carrying on the legacy of an organization founded in 1969 to provide support during a tumultuous time in the country.

“They took it from there and built this from the grass roots,” he said. “Now they have a place to polish themselves professionally and connect with each other, to prepare to be the leaders of tomorrow in accounting.”

To top off the year, the FIU NABA members headed to the organization’s FY19 Q3 Board of Directors Meeting in New York City.  At this meeting, NABA FIU was declared an official NABA Chapter.

“We had a welcoming ceremony at the headquarters of JP Morgan Chase, and they focused on their vision to make the company a more inclusive workplace,” said Wadley Cineus, NABA FIU vice president of corporate relations. “They said they depend on student chapters like ours to help them bring more diversified talent to the company.” 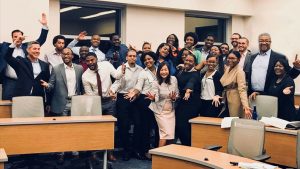