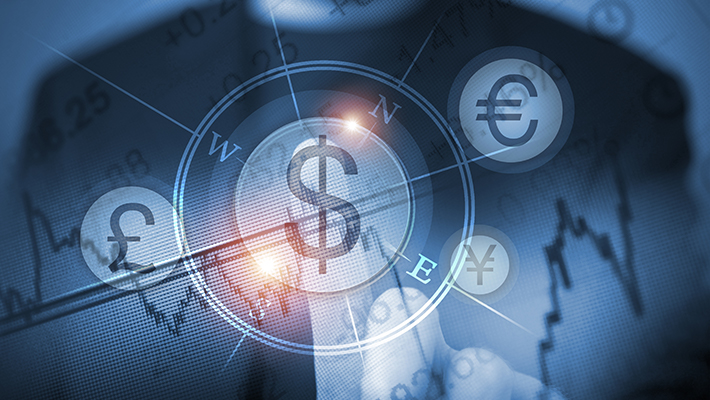 President Trump’s smackdown of Peter Navarro, assistant to the president and director of the Office of Trade and Manufacturing Policy, for Navarro’s call to weaken the U.S. dollar was a breath of fresh air in an otherwise protectionist administration. Since his appointment to the Trump administration, this undistinguished economist has led a one-man jihad against China, claimed near and far that tariffs on imports harm foreign exporters but not American consumers, and spewed nonsense that would have earned any freshman economics student a grade of “F”.

Clearly, the president is concerned about foreign currency manipulation— that other countries are using exchange rates to seek short-term economic advantages, the principal culprit being China. The history of that nation’s currency fluctuations—courtesy of the Beijing government rather than global monetary forces—is akin to a roller coaster. For years the yuan had been artificially low, then steadily strengthened, and now it is declining in value. 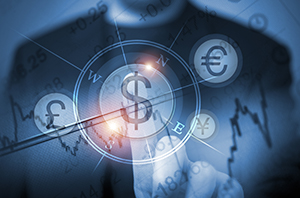 Weakening a currency to boost exports is always a temptation, but beggar-thy-neighbor policies lead to competitive devaluations with everyone worse off. For the U.S. to devalue its currency, as advocated by Mr. Navarro, would yield only negligible benefits; since contrary to popular belief, the U.S. is not a heavily trade-dependent nation, unlike other nations such as those in emerging markets. For the U.S., trade represents only between 12% and 15% of GDP. And our trade with China, a mere 13%.

The benefits of a strong U.S. dollar are multifold. Start with consumers. Consumer spending accounts for approximately 70% of the U.S. economy, and a stronger dollar is a net benefit for this prime driver of the economy. Less expensive consumer goods means more disposable income for Americans, with the stronger domestic demand helping the detrimental impact of a strong dollar (e.g., more U.S. tourism to offset the decline in foreign tourism due to the appreciating dollar).

As for industry, the effect of the stronger dollar is mixed, but with benefits exceeding costs. Recognizably, in the case of U.S. manufacturing companies, they can be hit especially hard by the rising dollar, as they have to compete in a global market; and a domestic currency that is even 5% stronger can have a considerable impact on their competitiveness. And commodities (priced in U.S. dollars) can be negatively impacted by too strong a dollar.

On the other hand, an appreciating dollar benefits companies that import a great deal of machinery and equipment, like engineering and industrial companies, since these would now cost less in dollar terms. Strong dollar means inputs, process systems from abroad, such as Germany, Switzerland, Austria and Sweden allow U.S. firms to improve efficiency and productivity.

The stronger dollar gives the biggest advantage to companies that import most of their goods but sell domestically, since their top-line and bottom-line benefit from robust domestic demand and lower input costs. Most importantly, a strong dollar’s greatest impact on industry is by its forcing domestic industries to be more efficient. In in doing so, these industries become more competitive worldwide, including in those markets where the exporting country’s currency is stronger than import receiving countries’ currencies. 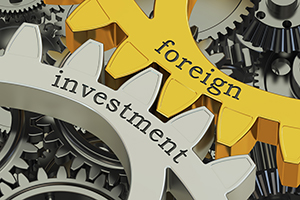 In terms of inbound investment from foreign countries, an appreciating dollar will boost returns from those investments; and domestic as well as foreign investors can take comfort in the fact that a strong dollar will keep interest rates low and keep a lid on inflation. One should take note particularly of the fact that the estimated $270 billion in foreign investment that entered the U.S. in 2018 is responsible for employing more than 7 million Americans by foreign affiliates who spend nearly $300 billion. Over 25% of U.S. exports come from these companies. For the U.S. affiliates and distributors of firms such as Samsung, Mercedes-Benz, Toyota, Motorola Mobility, and Siemens, their supply chains enable them to more efficiently export to, and produce in, the U.S.

Additionally, for the U.S. government, its $389 billion in interest payments on the national debt would be less costly to service.

The bottom line is that a strong U.S. dollar is a net positive for the U.S. economy, as robust consumer demand and muted inflation results in strong economic growth, offsetting negative effects such as the impact on exports and corporate earnings. As Treasury Secretary [Steve] Mnuchin has asserted: “I do believe in a strong dollar, which signifies a strong U.S. economy, a strong stock market….”

Advocating and implementing policies to keep the dollar strong are unquestionably vital to our national interest. Therefore, it behooves the Trump administration to ensure that its entire economic team speak with one voice on this issue.

This column originally appeared in TheHill.com on August 1, 2019.

Jerry Haar has authored a book in collaboration with Georgetown University Professor Ricardo Ernst titled Globalization, Competitiveness, and Governability: The Three Disruptive Forces of Business in the 21st Century.