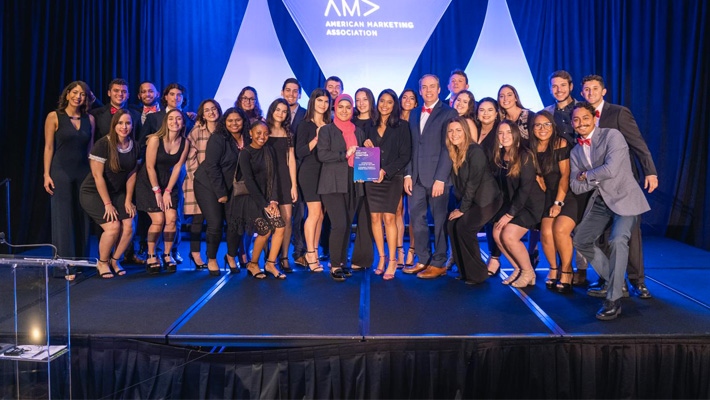 “They did extraordinary work,” said faculty advisor Tim Birrittella, university instructor in the Department of Marketing and Logistics. He credited the chapter’s multiple accomplishments over the course of the year for the recognition: hosting the Florida regional conference, professional development programs, industry partnerships including one with Facebook Blueprint, and the ongoing success of the chapter’s Roaring Concepts consulting group. Judges also noted FIU’s status as a minority-based school, with diverse students who commute and work part-time jobs along with their studies and co-curricular activities.

“Our differences are our advantages,” Birrittella said.

Birrittella credited chapter co-presidents Naimeh Harami and Karla Rosario, who took on leadership responsibilities together and “stepped up above and beyond” to lead the chapter’s accomplishments. While this is the third time AMA FIU has achieved top international collegiate honors in the 19 years he has served as chapter advisor, Birrittella  noted that Harami and Rosario, who were 19 at the time of the victory, were the youngest ever in AMA FIU history to lead the chapter to top honors.

“FIU is now now one of the most awarded chapters in AMA history,” Birrittella said, “and the competition is fierce!”

Co-president Rosario was excited to attend the conference but also nervous about the domestic travel because of the recent Coronavirus outbreak. The event this year saw a little more than half its usual attendance. The conference took precautionary measures to keep people safe by implementing sanitizing stations around the hotel and having nightly check-ins.

“We did not hear our name being called, but once we knew they called us, we were all super excited, jumping up and down,” Rosario said. With its victory, the FIU chapter will join the University of Pennsylvania and the University of Wisconsin-Whitewater Euclaire in hosting the conference next year.

In addition to the overall award, FIU’s AMA received third place in Best Overall Exhibit which awards the chapter’s 10×10 exhibit booth for the chapter’s Use of Conference Theme, Educational Value and Communication of Chapter Activities. The chapter also received an honorable mention for its marketing week help in October 2019 which focused on promoting daily marketing activities to the general FIU community.

Rosario felt the judges were most impressed by the FIU chapter’s professional development, workshops, and the general meetings the chapter has during the year, which include speakers from major companies such as Facebook, Twitter and Spotify. She also explained how the judges felt the chapter’s theme of diversity was very important, and the importance of marketing to different cultures and demographics.

Impactful speakers at the conference included Meredith Ferguson, the director of Do Something Strategic, which focuses on marketing campaigns for social causes. Her speech focused on how the younger generations have a platform to really make a difference in the world.

“Our big win was a ray of positivity for our FIU community during this outbreak,” Rosario said. “I’m so proud of our AMA FIU team.”

View all posts by Katherine Miller → 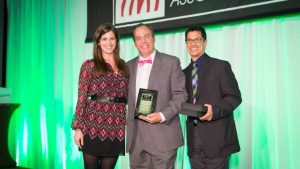