Though they lost a day when they crossed the International dateline en route to China, a group from the College of Business Administration more than made up for it on their arrival. From March 20-29, 2006, participants in the “Experiencing China Tour” traveled to Beijing, Tianjin, and Qingdao. The group included 29 Master of International Business (MIB) students, two alumni, and three representatives from the Alvah H. Chapman Graduate School of Business: Associate Dean Tomislav Mandakovic, Anna Pietraszek, former MIB program manager and now director of Chapman’s Admissions Office, and Peng Lu, coordinator for Chinese programs and director of China projects at Florida International University.

The Chapman School offered an itinerary that included a mix of sightseeing, visits to educational institutions, and an introduction to doing business in the country.

“We visited some of the now-familiar landmarks in China, such as Tiananmen Square, the Great Wall, and the Forbidden City,” said Onyekachim Okoli, one of the student participants who also helped coordinate the trip. “But we were not there as tourists. We were there to have a learning experience.”

They learned about the Chinese educational system from their Chinese counterparts, spending time at Tianjin University of Commerce (TUC) and Qingdao University, considered one of China’s major institutions of higher learning.

Construction on the TUC campus is underway on a new building for Florida International University’s School of Hospitality Management, which has established a program there with 300 students enrolled.

“The Chinese students were so happy to meet their counterparts from the States,” said Pietraszek. “Our students were the first to visit the new construction area.”

In Tianjin, the group also learned about the business aspect of life in China. They visited the Tianjin Economic Development Zone (TEDA), the so-called “home for multinational companies in China” which hosts 104 Fortune 500 companies, and went to the sites of large American companies such as Rinker.

During their three-day stay in Qingdao, one of the country’s top five industrial cities, the group went to Haier Corporation, the largest electronic company in China and Tsingdao Beer, the country’s largest brewery.

Okoli was particularly impressed by the friendliness, welcoming nature, and high principles of the people.

“They are very hard working,” he said, “and even though there is a high level of poverty, they would refuse tips at the restaurants. Although language was a problem, we all tried hard to communicate.” 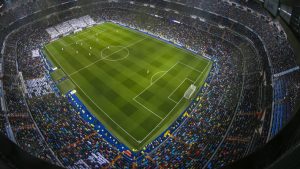