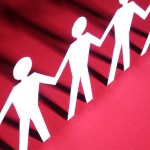 In casting the net of blame for our current economic predicament, we’ve hauled in Wall Street bankers, mortgage lenders, realtors, financial intermediaries, stock brokers and bond traders, insurers, politicians, the Federal Reserve, rating agencies and other alleged instigators, culprits and accomplices. Conspicuously absent from the list-for to include them would be politically incorrect, not to mention politically suicidal for any elected official-is the American consumer/borrower. The market meltdown, bank failures, and housing and construction implosions could never have occurred without the greed, ignorance and stupidity of many average Americans who chose to live beyond their means and worship at the temple of instant gratification. While most of the attention to scandals focuses on people like Bernard Madoff who duped investors who did not have the sense to diversify their portfolios or thoroughly check out his investment firm, not to mention the inexcusable failure of the SEC and Justice Department to do their job and shut down his operation five years ago, it was Main Street not Wall Street, that blindly gobbled up subprime mortgages and option ARMs, flipped condos to and fro, and accumulated credit cards and credit card debt faster than Kirstie Alley can front load a plate of double cheeseburgers.

The individuals and institutions cited above must all share culpability; but it is blatantly wrong and outrageously dishonest to exclude “We, the People” from the financial cesspool in which we find ourselves. Our avarice has expanded in tandem with our waistlines: we are not only what we eat but what we spend-super-size. We use our Visa Card to pay our Master Card bill, possess an average credit card debt exceeding $10,000; we have the lowest savings rates of any OECD nation; and we are too lazy or too dumb to read the fine print on any contract stuck in front of us. Is all this the fault of Wall Street and the big banks? Unfortunately, the mega-recession of 2008-2009+ has unleashed a wave of neo-populism, with a “soak the rich” rallying cry, and calls for drastically more regulation of institutions, especially banks (as opposed to better regulation or enforcing of existing regulation, both courses of action which would have avoided much of the mess we’re in).

Newtonian physics asserts that for every action there is an equal and opposite reaction. In the current drama we are living in, Sir Isaac is dead wrong: the reaction will be disproportionately huge, resulting in huge taxes on the productive sector, massive spending, and regulatory strait jackets that will impede entrepreneurism, savings, productivity and growth. Unless the American people change their attitudes, values and behavior with respect to consumption, savings and investment, and unless elected officials pull back the reins of excessive taxation and spending and avoid overregulation, a sustainable economic recovery will take far longer to kick in.